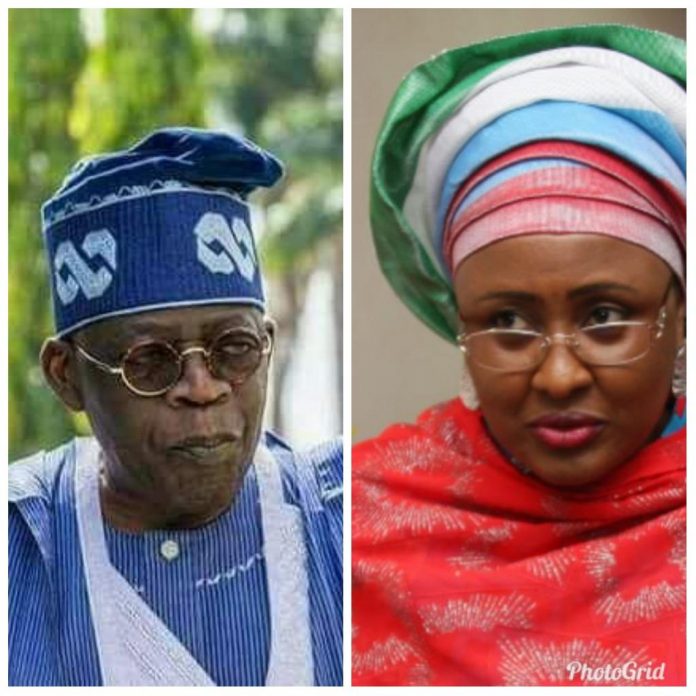 It’s without a doubt that it’s still fresh in the mind of Nigerians how master political strategist, the former governor of Lagos state, Asiwaju Bola Ahmed Tinubu  adopted President Mohamadu Buhari and helped him nurture his presidential ambition into reality after the latter had made failed attempts at the presidency a few times earlier. It came as a rude shock however, when Mohammadu Buhari, at his inauguration stated clearly that he was for nobody but belong to everybody. His words, I belong to everybody, I belong to nobody.

These words credited to President were believed by lot of people were directed at his benefactor, Bola Tinubu.

Although, neither the president nor the political heavyweight, Asiwaju has ever owned up to a strained relationship between them even though there are instances that suggest there have been clashes of interest between them, and this situation made it possible for pundits to say the perceived cold war is the script backing statement made by the president at his inauguration.

For the fact that he’s a Tinubu loyalist, it is believed Jame Faleke, the running mate of Abubarka Audu in the last governorship election in Kogi state, was not allowed to inherit the result which was favorable to the ticket he jointly possessed with his principal, Audu, who died before completion of the election processes.  Yayah Bello, who had lost at the APC primaries, ended up the beneficiary of the favorable election result that saw him become the governor. Also, in a bid believed was aimed to further demystify Tinubu, his perceived anointed candidate for APC in the last governorship election in Ondo state, Segun Abraham was also believed to have been relegated for the presidency’s preferred candidate to emerge as the party flag bearer.  The perceived anti Tinubu activities that are alleged to be the making of the presidency, it is on record had serious input of the national chairman of the ruling party, Chief John Oyegun to make it successful.

The national leader of APC, Tinubu, it will be recall some time ago called for the resignation of Oyegun from office as the national chairman of the ruling party.  The call though was hinged on alleged perpetration of irregularities on the part of Oyegun.

Going by the speculations that President Buhari is interested in a second term, event seemed to have taken a new dimension as serious effort is now being channeled into reconciliatory moves among warring members of the party in order to beat grave consequences that may come up if the party and by extension, the president go to election field with crisis ridden front.  In the bid to get rid of crisis within the party, Asiwaju Tinubu, who seemed to had been ditched to the delight of the most powerful block in the party, was at the detriment of his perceived enemies within the party handed an assignment  that has in a way revived his authority and relevance. Meanwhile, pundits are of the opinion the job given to Asiwaju to reconcile worrying nerves national wide in the party by the president could be a calculated move to commit him with a position that will not let him rock the boat by taking pounds of his own flesh when the elections are finally here in 2019. On the hand, those who had expected Asiwaju to start paying back his betrayals in their own coin by refusing the assignment were shocked to see Asiwaju accept the responsibility.

However, JustNews reliably gathered there are reasons why Asiwaju took the responsibility as well as giving his full cooperation to the power that even at a time that Buhari’s led administration is fast losing popularity among the populace.

It’s necessary at the junction to note that Asiwju’s wife, Senator Oluremi Tinubu recently opened up to accuse the power that be of dumping her husband after they had used him to achieve their goal.

Sources who revealed to JustNews the fact is not that Asiwaju is not aggrieved with unpleasant treatment meted to  him, made it clear there is actually one thing Asiwaju is considering as a saving grace for President and that the grace is no other than the wife of the President, Aishat Buhari. While it’s on record that the First Lady has a couple of times attacked and referred to those presumed to be misleading her husband as opportunists, sources revealed the woman has not at any point underestimated Asiwaju and has such has always been on his neck to make him see reasons why he should not give up on her husband, more so that she sees Asiwaju as their benefactor.  It was further revealed that Aisha also mounts pressure on Asiwaju through her wife, Oluremi, not give up on the President and that he should always see the president as his project that must not collapse.

The woman, it was said often tells Asiwaju  that turning his back on her husband will be disastrous as she fear the cabal that already has strong hold of the president might successfully have their way. And Asiwaju, it was learnt has seriously yielded to the ceaseless plead of the First Lady and that explains why he seems to have resigned to fate and continuously give his support where it’s needed by the President.  Also, part of the reason Aisha is said to be pleading with Asiwaju to forgive her husband, is that he could lend his support towards Buhari’s speculated second term ambition.