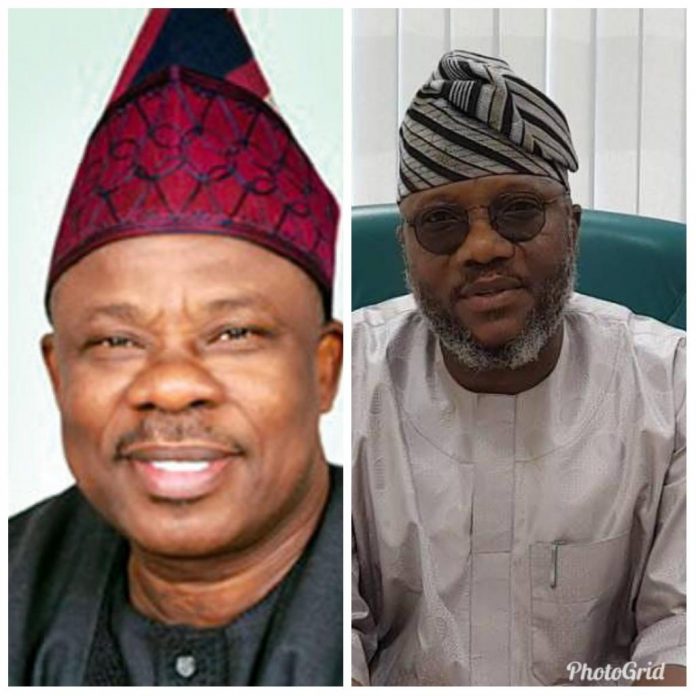 As the momentum towards the next general election in 2019 continues to rise, Ogun state governor, Senator Ibikunle Amosun, who had kept many in suspense as regards what his political directions would be, eventually broke the suspense as he declared his intention to run for a senatorial seat in 2019.

At the declaration in Abeokuta, Ogun State on Wednesday 5th September, he promised to reveal who the candidate of APC for the 2019 governorship election would be the following day (Today).

However, Justnews.com.ng exclusively gathered that a member of House of Representatives, representing Egbado South and Ipokia Federal Constituency, Honorable Adekunle Abdulkabir Akinlade, better known as Triple A, is the man Ibikunle Amosun has found worthy of taking over from him as the governor of the Gateway state.

During the declaration of his intention to run for the governorship position of the state one year ago, members of the State Executive Council of the APC led by its chairman, Alhaji Tajudeen Ilemoboye, had embraced Honorable Adekunle Akinlade. A vote of confidence was passed on him even as they eulogized him for what they referred to as his impressive performance at the National Assembly.

Hon Adekunle Abdulkabir Akinlade was born in 1970. He is an indigene of Ogun State. He is a member of the Federal House of Representative representing Egbado South and Ipokia Federal Constituency. He attended Yewa High School where he obtained his West Africa School Certificate. He proceeded to the Lagos State University where he obtained his Bachelor’s Degree. Prior to becoming a member of the House of Representative, he was Senior Assistant on Taxation and Revenue. In the 2015 elections, he contested for the Federal House of representative under the Platform of the All Progressive Congress (APC) and Won to represent Egbado South and Ipokia Federal Constituency.