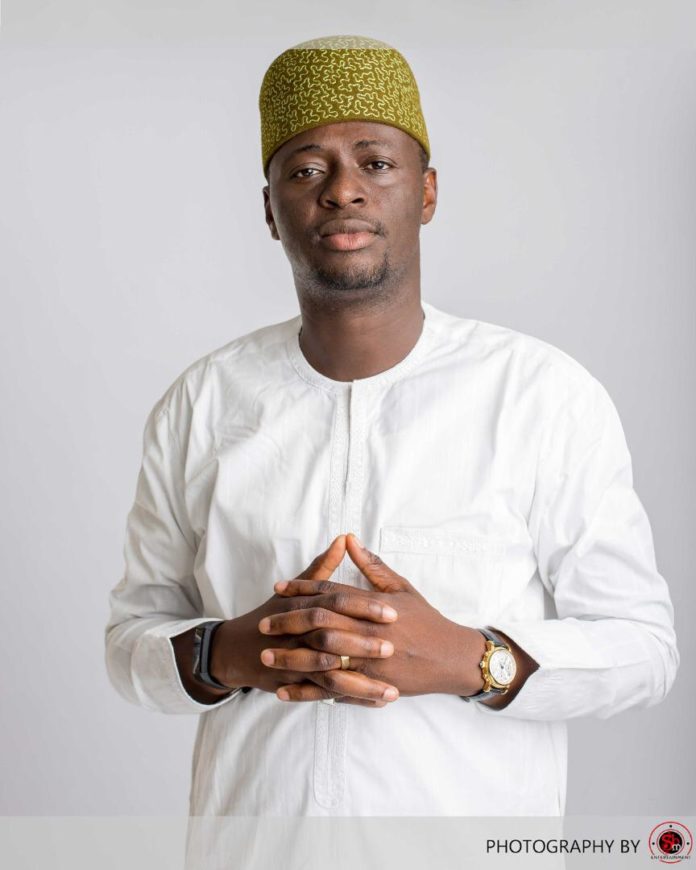 Not minding the fact that he could not achieve his aim to secure a seat in the Lagos State House of Assembly to represent Kosofe constituency 1 in the just concluded general elections, Hon. Moyosore Ogunlewe of the Peoples Democratic Party has expressed gratitude to his supporters and people of his constituency for standing by him during the electioneering period.

He also congratulated Babajide Sanwo-Olu of APC who emerged as the Lagos State Governor-elect in the election.

On another note, he emphasized irregularities during the election that worked in favor of the APC candidate who was declared winner of the contest.

FULL TEXT OF HIS EXPRESSION

1).The results of the Governorship and House of Assembly elections have been announced by the Independent National Electoral Commission (INEC).

2). I wish to thank the Almighty God for giving me the grace to be part of the electoral process. I thank God that all through our intra-party struggle and the campaign itself, no life was lost.

3). I also want to thank all the good people of Lagos State, particularly, people of Kosofe Constituency 1 for standing by me. I appreciate all those who voted for me and those who did not.

4). My appreciation also goes to the religious and interest groups for their support. Also to Mao babes, Moyo Grassroot Movement, MGM

5).To everyone who supported me financially and morally, I am eternally grateful.

6). Kudos to my wife, most especially my parents and other members of my family, as well as members of my campaign and strategy team.I appreciate the time and sacrifice that you put into the struggle.

7). Yes, it was a struggle against intimidation, injustice and reckless-ness of our opponent. We ran a great and youthful campaign that was unparalleled. It was issues based and driven by personality and I am very proud of that even as we gave great account ourselves at the polls. However, may God take control of the rest.

8). On the outcome of the election, it was clear to all that our opponent enjoyed undue advantage of the state backing which they thought they could use to ride roughshod over us. We thank God they did not succeed. We fought like men and gave good account of ourselves.

9). As it is known, I am the candidate and choice of the people of Kosofe constituency 1 to represent them in Lagos State House of Assembly, but it was clear how they engaged all manners of undemocratic moves to ensure the outcome of the election go their way.
While my opponent had the full backing of his party machinery and direct support of the lagos east Senatorial winner, we spent most of the time in settling quabbles and existing in general party uncertainties. In the last minute we felt abandoned by those that mattered. The morning of our elections didn’t help either as it generally increased voter apathy.

10). I thank the Almighty God for how everything has turned out. As a good Christian and in the interest of peace, I remain calm on the outcome of the election.
My team and i will be studying the events to determine further course of action if necessary.

11). And so, I congratulate my opponent, Okanlawon Sani on his election as member to represent Kosofe Constituency 1. I also congratulate Hon. Bayo Osinowo for his success in the race for Lagos East Senatorial seat and ultimately, I congratulate Mr Babajide Olusola Sanwo-Olu for his victory as Lagos state governor elect.

12). I also wish to thank President Muhammadu Buhari, Asiwaju Bola Tinubu, INEC as they hopefully steer this country in the right direction.
This is what we all wish.

13). Like I have always said, once elections have come and gone, those who were elected into different offices become responsible to all and not to those who voted for them or members of their parties only.

14). It is on this note that I wish to urge everyone to support and join hands with the winners to move our dear state and country forward.