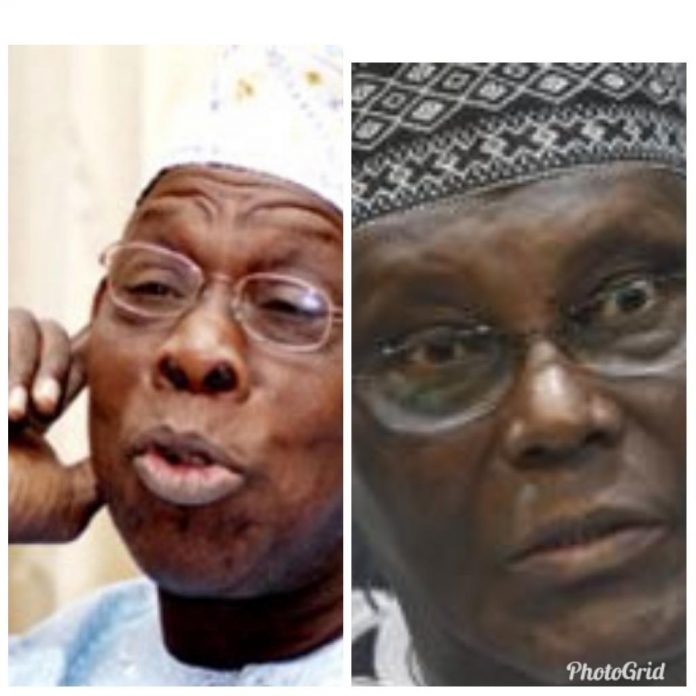 Major setback may have hit camp of PDP presidential candidate, Alhaji Atiku Abubark, as it appears former President; Olusegun Obasanjo has withdrawn his support for former the Customs top shot. It will be recall it took serious effort by Atiku to get his former boss to end long time battle that existed between them after which Obasanjo went ahead to declare his support for Atiku.

Atiku, members of his camp and Peoples Democratic Party as a whole have been excited about the support from Obasanjo as they believed the support will go a long way in swinging pendulum in their favor at the presidential election in 2019.

Former President Olusegun Obasanjo declared that he has no preferred candidate in the forthcoming general elections.

Obasanjo said he would not tell Nigerians to vote or not to vote for any particular candidate, but should vote wisely.

Obasanjo, who some people believed had decided to support Alhaji Atiku Abubakar, the presidential candidate of the Peoples Democratic Party (PDP), said he needed Nigerians to vote for a credible candidate.

He made the remarks at the 27th annual Owu National Convention, held in Iwo, Osun on Saturday.

The former President, however, urged Nigerians to vote for credible candidates, who can liberate the country.