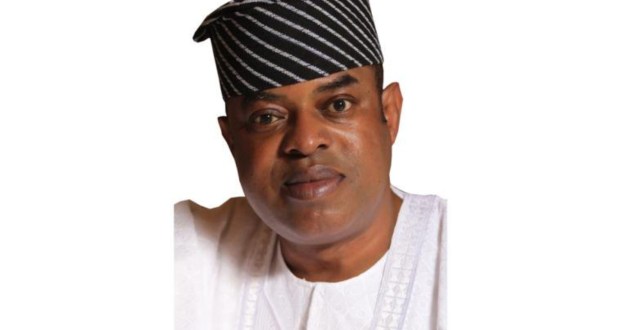 The recently held primary election of All Progressives Congress in Lagos state may have come and gone, but certainly not without leaving some people as casualties of the exercise as some who were hopeful of the party’s tickets to contest in the general election billed to hold in 2019 had their hopes dashed.   Some of these victims have actually resigned to, hence, pull themselves together and moved on with lives. However, there are some who are still licking the wound they sustained as a result of their moves while the exercise lasted.

Going by information at our disposal, stoutly built light skinned man who represents Lagos East senatorial district at the senate, Senator Gbenga Barehu Ashafa happens to be one major person who is yet to put the experience of his failure at the exercise behind him.   Aside of the disgrace that became his lot at the primary which has dashed his hope of contesting next election on the platform of APC, let alone winning, he’s also alleged to be running from pillar to post to see how he could earn a place of trust among core loyalists of Asiwaju Tinubu. He was said to have attracted to himself a vote of no confidence from Asiwaju, when he out rightly defiled the counsel and agreement reached between him and Jagaban. Ashafa, a former point man at the ministry of lands in Lagos state, it is on record was regarded as one of the trusted men of Asiwaju. Many will also agree it was with the support of Asiwaju that Ashafa was brought forward to take from Senator Olorunibe Mamora after the party asked him to make way for another person. It is will be recalled Mamora, publicly announced Ashafa as the one who would take over from him.

Sources who revealed the party had reached the decision of asking Ashafa to step down for Honorable Bayo Osinowo who eventualy defeated him at the primary, had concluded arrangement of how he would handover to Osinowo, just like Mamora did to him, in order not to give way for any cracks among them and the political family would remain one. But Ashafa, we were told laid the foundation of what would later turn out to be his problem when he decided to disobey party order and built on the foundation as he made moves to outsmart Asiwaju with whom he had an agreement.  The outcome of his alleged disobedience and smartness is said to be what turned out to be a disgrace for him at the election and afterwards, the unpleasant situation he has found himself whereby his hitherto cordial relationship with Asiwaju is strained and members of Asiwaju’s inner caucus now thread with him with caution.

In the build up to the primary election, Ashafa, in company of another APC top shot, Demola Seriki,we were informed  visited Asiwaju to seek his counsel about his third term ambition, but he was said to have been briefed of intention of the party to see him step down for another person, but certainly  not without promising to take care of him. Ashafa allegedly agreed, but he shocked everyone when it became public knowledge he had purchased form of intent to return to the senate.

Perhaps,  banking on the  speculated automatic ticket  assurance to senators by  the National Chairman of APC, Oshiomole, all in his bid to see the Senate President, Bukola Saraki impeached, Senator Ashafa immediately ditched Lagos APC and pitched its tent with National Headquarters even as he started parading himself as being passed to go the primary unopposed. At this point, member of Lagos State House of Assembly who doubles as one of the power brokers in the state, Honorable Bayo Osinowo , better known as Pepper, had also made public his intention to run for the ticket of Lagos East Senatorial district. Meanwhile, despite the actions of Ashafa, no offense was said to had been taken against him as it was believed he may have been misled by automatic ticket allegedly promised them.

It was further learnt it eventually became clear Ashafa’s actions were deliberate and he was actually out to undermine decision of APC power brokers in Lagos state when he allegedly went overboard sponsoring all sort of propaganda against the person of Pepper even as he allegedly declined to honor invitation to meeting where things were to be put in proper perspectives. A marching order against his aspiration, sources revealed was finally handed out when he refused to honor Asiwaju’s call. Asiwaju was said to have personally called Ashafa and Osinowo to a meeting, but the meeting, it was learnt never held as Ashafa was reported to have boycotted the meeting. Asiwaju was said to have actually called it a day after waiting endlessly for Ashafa who allegedly never showed up. The rest is now history as Osinowo in a disgraceful manner defeated him with a margin of over two hundred thousand votes, both at the initial conduct of the primary election and the rerun that was held upon cancellation of the first one. As it, while Ashafa’s hope of being part of the 9th  National   Assembly has been put paid to, he’s also said to be battling for relevance like a prodigal son.