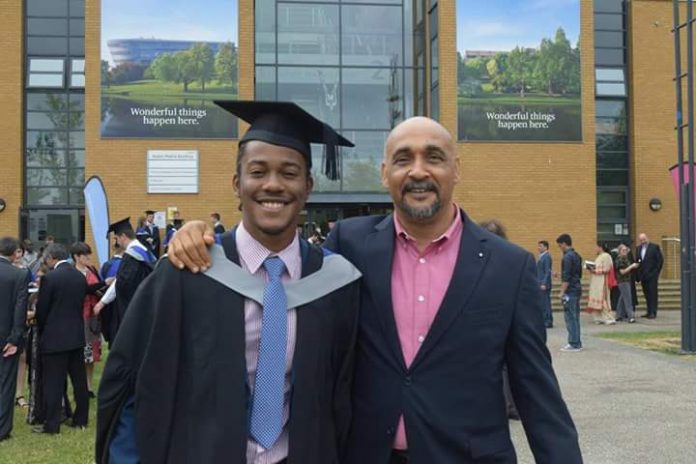 Handsome and light skinned graduate of University of Lagos, Dr. Aderemi Desalu’s name might not ring a bell across the society but certainly not among those who matter in Centre of Excellence, Lagos State as the ageless man is reputed to have contributed his own quota to the development of the state while he lasted in the state’s civil service. The amiable, articulate and brilliant medical doctor rose to the level of permanent secretary where he manned the ministry of health and Special Duties before he gracefully retired.

Remi Desalu as he’s fondly called has been going about his business by handling consultancy briefs, as well as relishing his retirement. The man and member of his household, Celeb Lounge can inform have been in gale mood and the simple reason for their mood is no other but the fact that his son, Adebayo just graduated from the university. Adebayo made his father proud by obtaining a First Class Honors Master’s degree in Medical Engineering from University of Surrey, England.