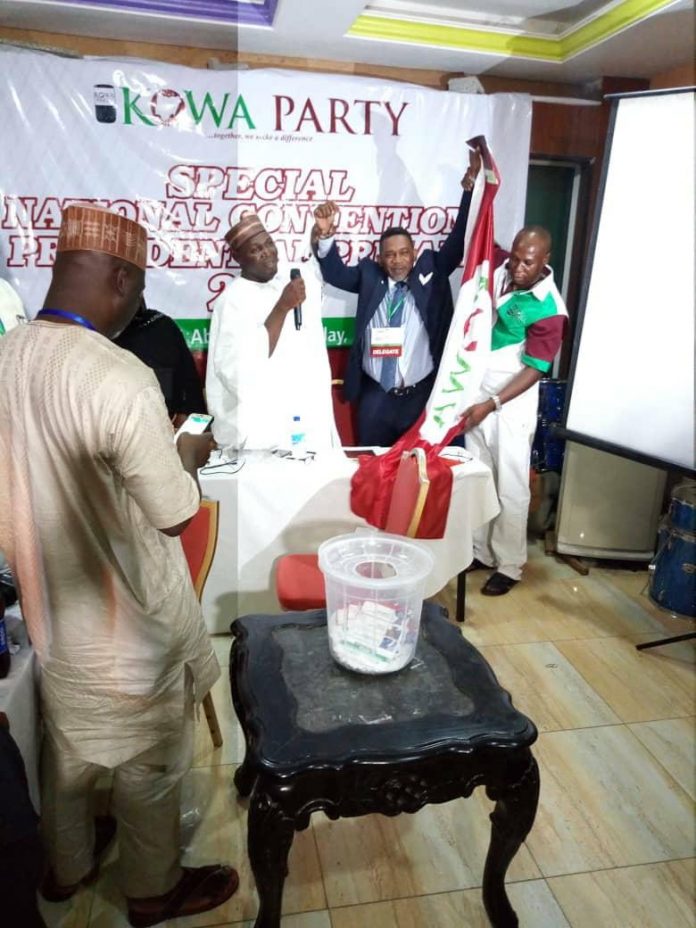 KOWA Party subjected its aspirants to a rigorous process. They were formally screened including security clearance. Then they submitted to a written examination on Friday 28th September answering multiple choice questions posed by experts from diverse fields, and writing an essay on a topic of national interest. Finally, they participated in a Presidential Debate ‪at noon‬ during the convention on Saturday 29th September moderated by Mr Soji Apampa, the founder of Integrity Group. The aspirants were also given a final opportunity to appeal for votes.

Their profiles has been circulated to all party members by sms and email prior to the commencement of paper balloting at the National Convention.

KOWA Party adopted a multi-channel voting system for its national primary. In keeping with our spirit of inclusiveness, the party used a combination of paper, online and sms voting so that all of its members, even those in rural areas could participate, including those without smart phones and who could not travel to the state convention centers that the party set up in 28 states. Indeed some members who were unwell were still able to cast their votes from their sick beds.

The online voting system was first successfully piloted at our Lagos State Congress in May 2018 and was witnessed by INEC.

KOWA Party prides itself as being the credible alternative to the traditional political parties. The party’s slogan is “Together, we make a difference” and it aims to avoid the traps that have bedevilled the big parties in Nigeria and cling strongly to its founding principles of transparency, inclusiveness, people-centred development and meritocracy. Its aspirants run based on their state of residence, not their state of origin. Women, Youth and People Living with Disabilities are not considered token or minority members, they are welcomed and embraced as full members and officers of the party at National and State levels, and are well represented at decision-making levels.

We heartily congratulate our Presidential flag bearer, SFB on his win.