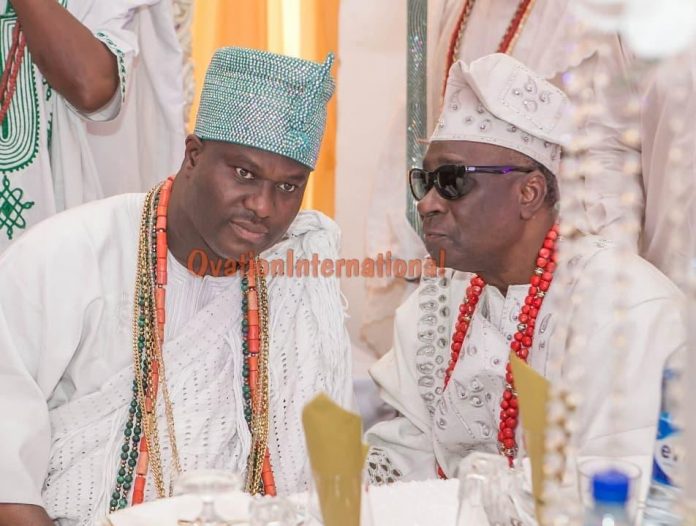 It is still fresh in the memories of many how unhealthy situation that took place in the royal sector some months back when Oba of Lagos, Rilwan Akiolu publicly snubbed widely respected and revered monarch of the source, Oba Enitan Adeyeye Ogunwusi, The Ooni of Ile Ife. The ugly event which attraction from every quarters did not only degenerate into a controversy but it left former police chief turn traditional ruler, Akiolu to be at the receiving ends of condemnation even as he tried to explain his action was just misunderstood.

Good at the moment is not that the situation has since been put under control, observation has also revealed the two first class traditional rulers may have been in atmosphere of peace as there are indications the two now enjoy a great relationship. Eleko as Akiolu is called and Ooni of Ile Ife since after the controversial issue met at the wedding of Dangote’s daughter and what was noticed was indeed a cheering thing as they both sat together and whispered to each other and intervals. They have met at a couple of other public events afterward and their gestures have only confirmed all is indeed well between them.