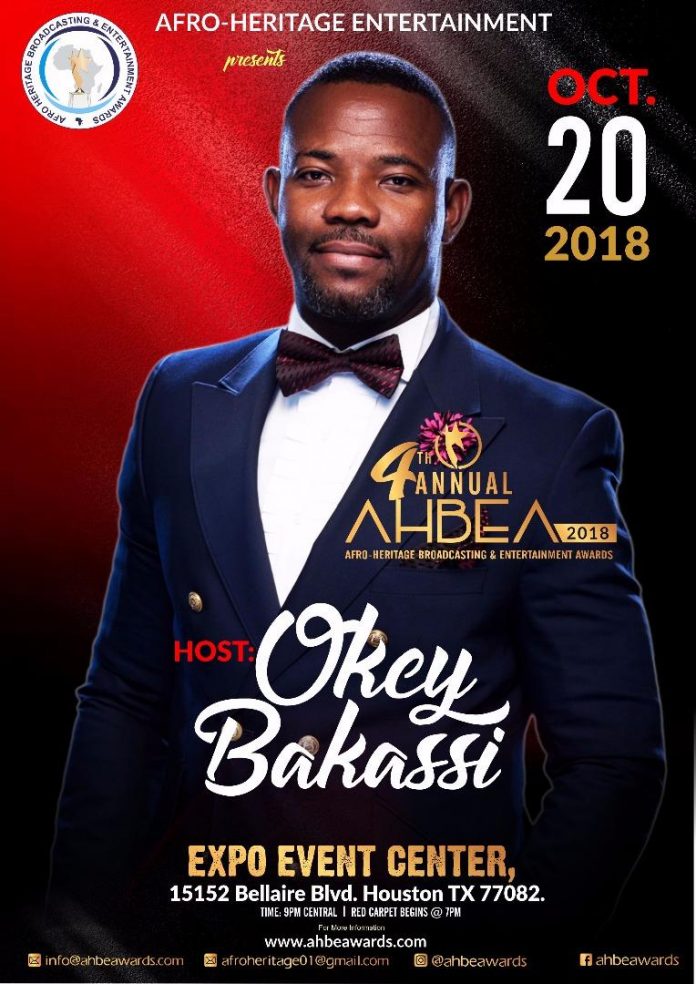 Organisers of the annual Afro-Heritage Broadcasting & Entertainment Awards (AHBEA) have named popular comedian and actor, Okey Bakassi, as host of the 2018 edition.

The choice of Okey Bakassi, according to AHBEA Co-ordinator, Yomi Fash-Lanso, is based on his versatility, professionalism and vast experience of handling events in and outside of Nigeria.

Fash-Lanso added that “we chose Okey Bakassi for his skills and high sense of humour to keep his audience spellbound. Organisers are said to be leaving no stone unturned as they plan to make the 2018 edition of AHBEA be on the lips of Africans at home and the Diaspora for a long time.

Past editions of the AHBEA witnessed unprecedented attendance and accolades which have further presented African entertainers to the outside world through African eye. According to Fash-Lanso, nominees for awards this year will be announced in due course.

Likely winners are expected to come from African countries like Tanzania, Uganda, Kenya and Seychelles. The 2018 edition of AHBEA, which is the fourth since inception in 2015, will hold in Houston, Texas, USA on October 20th 2018.