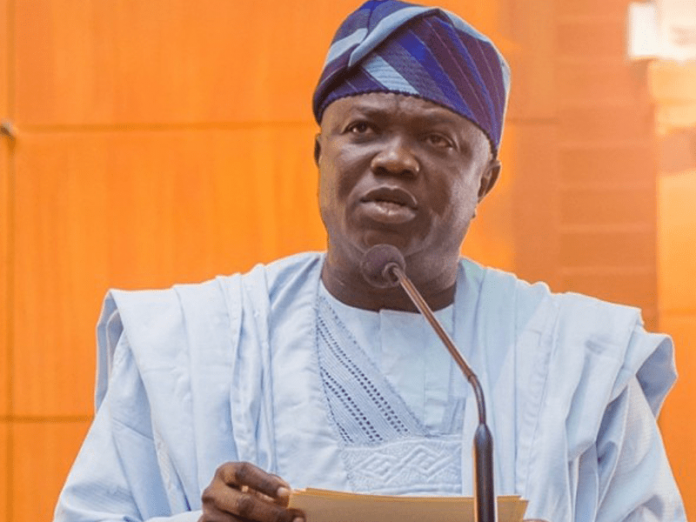 Lagos State Governor, Mr Akinwunmi Ambode has expressed the readiness of the State Government to partner with any investor willing to key into his administration’s massive infrastructural renewal drive in critical sectors, saying such would be a win-win situation for the overall benefit of the people.

Speaking recently at an interactive session with members of the business community and informal sector, the Governor said public private partnership was critical to accelerate development, and that the government is open to collaborate with interested investors.

For instance, Governor Ambode said the State Government would be willing to partner with any investor interested in taking up the second phase of the Mile 2 to Seme Border ten-lane road project.

He said: “At the moment, work is already ongoing from Eric More to Okokomaiko but we are willing to partner with any investor interested in taking up the construction of the second phase which is ten-lane road from Okokomaiko to Seme Border.

“If we are able to achieve that, it will open up and transform the western axis, especially Badagry forever, and the project will also complement the massive projects being undertaken in the axis,” the Governor said.

Besides, Governor Ambode said plans were already at advanced stages to bring about constant power supply to all homes and businesses in the State by the end of 2018.

He said though the political geography of the country was affecting the visionary strategy to solve the power challenges being essentially in the control of the Federal Government, but the State Government had devised policies and strategies to short-circuit power generation, transmission and distribution to ensure constant power supply to the people of the State.

Likewise, the Governor said the State Government is also in talks with electricity distribution companies operating in the State to see possibility of supplying 24/7 power to residents at a bit higher tariff than what currently obtains subject to agreement of all stakeholders, while government would be the guarantor of the people.

The Governor also revealed that the legal framework to prevent power theft and also legitimize the concept of power generation had already been sent to the State House of Assembly for approval.

He said: “Presently, we have less than 1,000MW in Lagos and the fundamental issues remain with generation, transmission and then distribution. Who is transmitting? It is still owned primary by the Federal Government but in Lagos State, we have become creative and we have done Independent Power Project (IPP) before through which we were able to generate 47.5MW which was distributed short-circuiting transmission.

“So, if it works, does it look like a template we can now use to get power freedom or what we call power security? If we say we are the fifth largest economy in Africa and we are not in control of how power is generated in an economy that wants to move from fifth to third, then something is wrong. So, what we are saying is let’s find a way to short-circuit them within the ambit of the law.

“If the law allows you to have independent power and going through the regulatory commission then you are smart enough to do that. The only thing we have done is to get permission from the Nigerian Electricity Regulatory Commission (NERC) to create clusters of embedded power in our State and if we are able to do it, we become a test case for the rest of the economy.”

On the collaboration with electricity distribution companies, Governor Ambode said the State Government was willing to stand as the guarantor for the people to get 24/7 power supply.

“The idea is that look can we have a mid-point on how to get 24/7 power? The generator that people are using is extremely expensive and what we are saying is that can we work with all these stakeholders and push the tariff for example from N20 to maybe N40 but guarantee the people of 24/7 power? So, if I am able to do that and I get the confidence, I will just stand on behalf of Lagosians to say that the new tariff as agreed by all of us, if we can provide it for the people 24/7, they are likely to pay. In case they don’t pay, I get financially exposed. That is what we are trying to do; we become the guarantor on behalf of Lagosians and then if all those things work out, by this time next year, people will have constant power supply. As a government, we are strongly committed to power freedom; we want to free ourselves from darkness and we want to open up the sector for more investors,” he said.