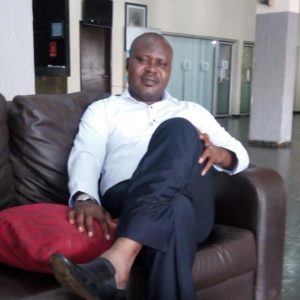 An influential member of the All Progressive Congress (APC) in Kosofe Local government area of Lagos state, Hon. Saka Taiwo Adebayo is missing.

Taiwo, a former Councilor in the council area was said to have gone missing after he escaped an attack from suspected assassins that stormed his Ogudu, Ojota home about two months ago.

The attack, it was gathered, followed a number of previous attacks obviously made to sniff life out of the strong and loyal members of the APC in the state, following issues a source close to the council described as political and has remained unresolved.

The former Councilor, who represented Ward F in Kosofe Local government, first got elected to the Council where he served between 2008 and 2011.

He was re-elected for a second term between 2011 and 2014 when he served as Deputy Council Leader.

Reliable sources mentioned that Adebayo may have escaped to Europe or the United States of America following his survival of the attack on his home in April this year.

Investigations revealed that Adebayo had experienced similar attack in August last year and January this year 2017.

The family of Adebayo was to suffer the same fate penultimate week when his house was attacked again with his wife escaping unhurt by the whiskers.

The latest attack was said not to be unconnected with the violence that marred the outcome of the Primary election held in the state towards the coming Local Government election.

As at the time of filling this report, family members of the law maker maintained that his whereabouts was yet unknown, while his wife has moved out of the family house to an undisclosed location.