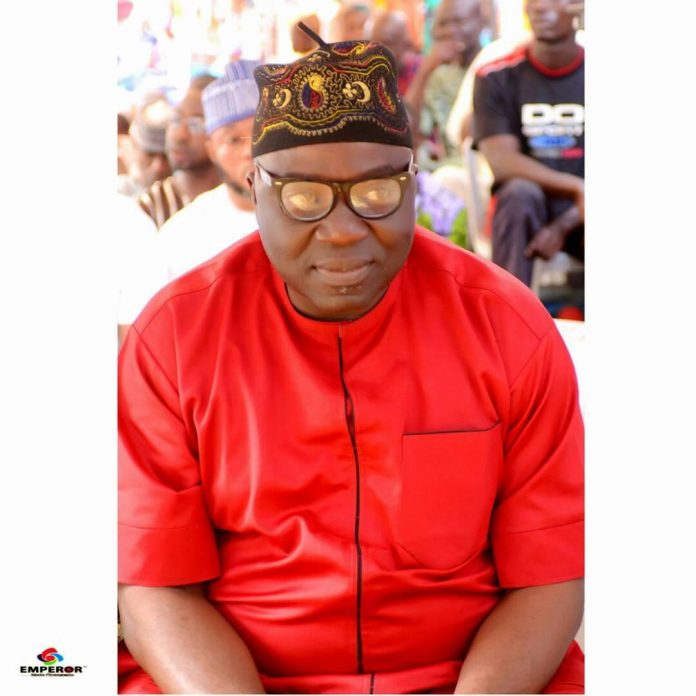 The Mushin Constituency 1 area of Lagos state at the weekend witnessed a wild jubilation since the declaration of Prince Nureni Akinsanya as its candidate for the House of Assembly election due to hold next year.

Speaking to newsmen in the course of the jubilation that greeted the declaration of Akinsanya as the winner of the keenly contested primary election, the Chairman of the All Progressive Congress in his Ojuwoye, Mushin Ward B1, constituency, Hon.Wasiu Badejo described the choice of the candidate, popularly known as Osmak, as the best to have happened to the Ward in particular and Mushin in general of late.

Describing the personality of Akinsanya as unique and his Victory at the primary one with royal colouration and of great significance, Badejo said “aside the fact that he is an indigene, he is also a Mushin Prince hence, the enthusiasm by the people to give him their mandate to go and contest to represent them at the State Assembly”

Submitting that Akinsanya’s track record earned him the confidence of the people who overwhelmingly voted for him at the Direct Primary election, Badejo said the two term Counselor has demonstrated over time his loyalty to the party by staying with it through thick and thin.

He said Unlike some political prostitutes within the fold in the constituency who returned to the party at the wee hour to fight for ticket ,Akinsanya he said, had been with the party since it was Alliance For Democracy (AD) and “he never wavered for once”.

Insisting that Akinsanya’s loyalty had never been in question, the Chairman said some disgruntled elements in the constituency had attempted to blackmail him with his unquestionable loyalty to the party, in the course of the campaign for the primary election but failed.

According to Badejo,” like every other member of influential caucuses that endorsed Governor Ambode for a second term, Akinsanya registered his support and withdrew same immediately the party leadership nominated Babajide Sanwo-olu.

“But I heard some mischief makers are criticising him for staying loyal to the party and its ideals, and most unfortunately, those critics are the ones that it took us so much energy and time to convince before they could agree to support the Sanwo-olu agenda”

Not minding his overwhelming popularity within and beyond his constituency, Badejo offered that Akinsanya went through a rigorous screening and was part of an election within his Ideal group before he emerged to contest in the primary which he eventually won.

Meanwhile, the leadership of Senator Ganiyu Olanrewaju Solomon has been described as the most equitable and just by members of the APC in the area.

According to a member of the party who gave his name simply as Debo, Solomon,a two term representative of Lagos West at the Senate has provided genuine and selfless leadership for the people of the area.

He added that his non bias nature came into bear even in the selection process that produced Akinsanya for the primary election.

Debo mentioned that the sincerity of the Solomon leadership also reflected in the Congresses and other elections held in the area before now.

He added that it is the same virtue of the Solomon leadership that provided for rhe thorough process that threw Akinsanya up as a candidate of the party.

Debo thus submitted that because he emerged on merit and as a result of the popularity of his choice, Akinsanya enjoyed the support of members the party members towards and during the primary election.

He promised that the party members would ensure Akinsanya’s victory at the general election come 2019.