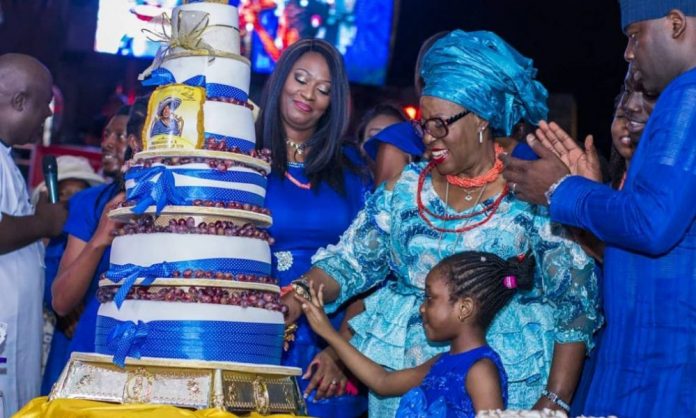 It is without an iota of doubt that the name Benson Idahosa remains an household name in the country and beyond and this was achieved by the great exploits of the late bearer of the name whose rose to the rank of Archbishop as a man of God. Twenty years after his passage, the legacies left behind by the founder of Church of God b International are still doing very well. Of course, his wife, Archbishop Margret Idahosa has played vital role in preserving all left behind by her husband, expecially the propagation of the gospel which their son, Bishop Feb is also contributing to in no less manner.

This woman of God who is among long standing and truly serving vine yard worker recently addede another year to become enviable age of seventy five, of course, its feat that calls for celebration and so it was treated.

The event started with anovelty match which the birthday girl watched with great interst , then , thanksgiving party which was concluded with a grand reception in Edo state capital, Benin city. Important personalities from all over joined the Idahosa family to celebrate their matriach who still look very radiant even at her age. Pastor Ayo Oristejiafor, Apostle Suleman and famous female singer, Onyeka Onwenu were among many who were on hand to felicitate with Margret.