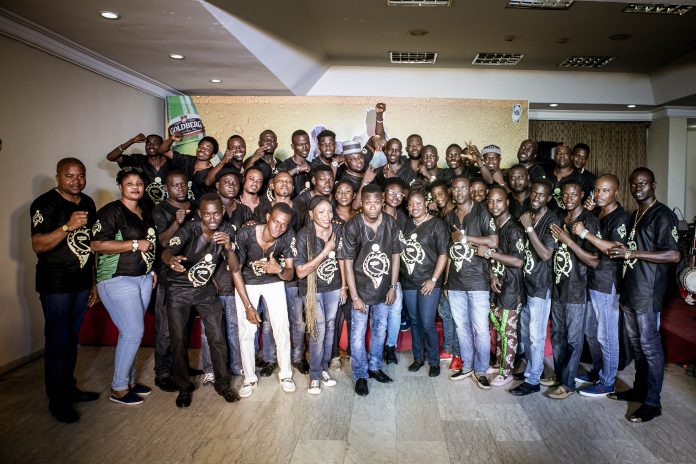 The 40 artistes mentored at the Ariya Repete Academy organised by Goldberg, from the stables of Nigerian Breweries Plc, have praised the brand for enhancing their skills by increasing their depth of knowledge on the fundamentals involved in becoming future Fuji and Juju music superstars.

The mentorship programme, which was held on July 3, 2017, at Conference Hotel, Ijebu Ode, Ogun State, was for those selected to the quarterfinals from auditions in Akure, Ibadan, Ilorin, Abeokuta, Osogbo, Ijebu-Ode, Ado Ekiti and Ota in the ongoing music talent hunt competition in Fuji and Juju music under Ariya Repete.

The initiative was aimed at equipping the artistes with skills through practical training by veteran artistes and music producers on how to improve their talents in the basic aspects of stage performance, vocalisation, appearance, the future of music, as well as the rudiments in music production.

Wale Daniel, one of the Juju music artistes selected from Ibadan audition, commended Goldberg for the laudable initiative. He said the programme had broaden his knowledge on the various aspects of  stage performance, sound knowledge, factors for good music production, good marketing, self identity in terms of originality and style.

He stated that the mentoring programme would improve his skills and increase his chance of winning the grand prize of N1 million naira and the recording deal at the final stage as he hoped to go beyond the next round of contest.

Onisesi Afeez, a Fuji music artiste from Ijebu-Ode, said the programme at the Academy had taught him to be focused, consistent and courageous. He expressed gratitude to Goldberg for promoting talent in Fuji and Juju music genres, as well as the culture of people of the Southwest.

Also, Osunbanjo Gabriel, a Juju artiste from Ibadan, and Abiodun Oloto, a Fuji artiste from Lagos, both shared same views like their counterparts who showered encomium on Goldberg’s Ariya Repete initiative and the mentoring programme.

“I learnt how to build my music career, how to be dedicated in what l do, and to believe that there is prospect in it,” Oloto disclosed.

Delivering his keynote speech on “How to Be a Master of the Art of Making People Happy,”  the Executive Director, Music and Culture FM, Mr. Clement Ige said the music profession dated back to the Biblical period but it was not identified as a profession, like it was during its advent in the early days of modern Nigeria.

He said because of lack of creativity to sustain it, early musicians crashed out of the profession too early, and that great artistes like the Late Fela Anikulapo Kuti and Orlando Owoh, and others like Victor Olaiya, King Sunny Ade, Ebenezer Obey and Wasiu Ayinde KWAM1 have established that music is a life profession.

He emphasised the need for artistes to be educated to effectively practice the music profession, regardless of the genre. He also stressed that they should be creative all the time by doing something different, embarking on research as music is dynamic, understanding the politics of the music industry, having knowledge of sound management and good marketing and achieving the status of a crowd puller, and not just a radio-hit artiste.

Other attributes enumerated included producing evergreen music, understanding the dynamics of recording, being a role model, being happy always and also expanding into businesses in order to have adequate funds for producing more music albums when the need arises.

Sikiru Ayinde Agboola, Chairman, National Project Committee, Fuji Musicians Association of Nigeria, spoke to the contestants on the future of music; while Segun Nabi, a music producer had practical training with the contestants and also delivered a presentation on how to produce music albums that are marketable.

Agboola said that competition was not all about winning, but to enhance skills that could lead to future success. He therefore urged the artistes to be consistent in being creative and always remain focused in order to attain perfection.

Nabi stressed that factors such as logistics, content and spiritual steadfastness as are essential in music recording. He counselled that artistes should consider the quality of the gadgets in the studio, the standard in place and the time length of the music. He also said artistes should always come up with good music theme, be musically oriented, understand music sound key and also be dynamic.

He added that since music is spiritual in nature, artistes should be fervent in prayer in order to have God’s guidance.

The competitive stages of Ariya Repete resumes on Friday, July 7, 2017 with the quarter final scheduled for Democracy Park, Akure. 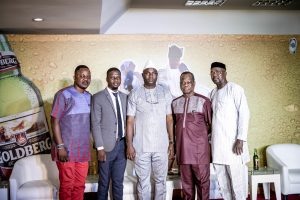