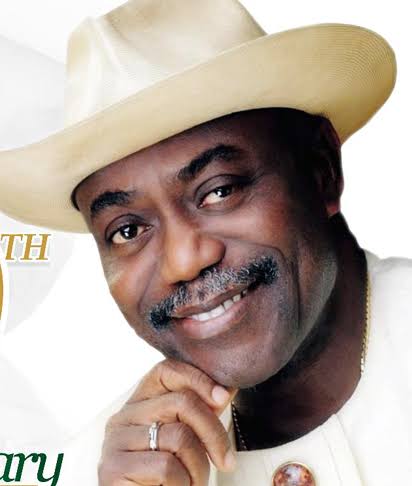 The Economic and Financial Crimes Commission (EFCC) says it will reopen the investigation of Peter Odili, former governor of Rivers state.

In 2007, Odili got a court injunction preventing the EFCC from investigating or arresting him.

The court order also restrained the anti-graft agency from probing the finances of the Rivers state government.

Ibrahim Magu, acting chairman of the EFCC, on a visit to Port Harcourt on Tuesday said investigation into allegations of money laundering against the former governor would be reopened.

Magu said the commission has appealed against the injunction, but that the appeal is still pending at the supreme court.

He said subsequent judgments of the courts have held that the EFCC cannot be restrained from investigating anyone.

Magu said Rivers has the second-highest number of money laundering cases after Lagos.

“I think Rivers is the next to Lagos in terms of crime. This is the headquarter of money laundering because there is a lot of oil money here,” he said.

“Nothing is going to stop us. Even the issue of the court order allegedly obtained by Dr Peter Odili and co to stop the EFCC from investigation and prosecution is still at the Supreme Court. We are on it.

“I am telling you that, that judgement cannot stand; it will only take some time but it cannot hold and we are going to conclude the investigation.

“There are so many investigations we are doing. I am sure the matter has suffered for about 13 years now. We are going to test it. The matter is in the Supreme Court. We will follow it up.

“That decision that is pending in the Supreme Court cannot hold water again. There is a subsequent judgment that has overridden it.

He said the commission would continue to track and expose high-profile financial crimes in the country.

He also warned against oil bunkering in the Niger Delta, saying it is economic sabotage.

“Let me also use this medium to warn against illegal oil bunkering. Perpetrators should desist from their nefarious operations. The EFCC is resolute in its fight against economic sabotage and oil theft,” he said.

“The Niger Delta is highly significant to our national economy and the Commission will continue to do all that is lawful and patriotic in ensuring that operators of illegal oil bunkering are brought to book.”