Based on what he has been able to achieve, Lagos based industrialist billionaire of Eleganza fame, Alhaji Razak Akanni Okoya, no doubt, is an ambassador of hard work. It is also an established fact that Okoya is favorably disposed to philanthropic gesture. 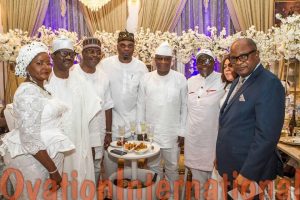 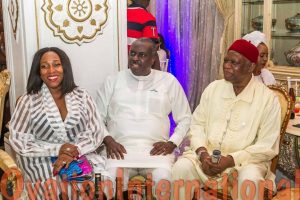 However, this gracefully ageing socialite sure knows his onion as far as the social scene where he’s a factor is concerned and this explains why he never let his social constituents down whenever there is a reason for him to celebrate. It is on this note Okoya and his pretty wife, Folashade, played host to invited guests at thereLekki palatial home, Oluwaninsola, when the man recently clocked 78th. The gig, which was an all-white affair, had a lot of important personalities in attendance.  Some of the guests are former governor of Delta state, James Ibori, Chairman of FCMB, Otunba Subomi Balogun, construction guru, Olu Okeowo and wife, Joke, industrialist, Sam Adedoyin and wife of governor of Lagos state, Bolanle Ambode among others. 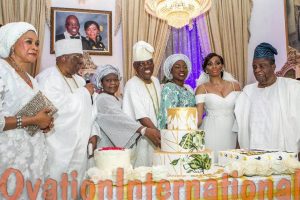 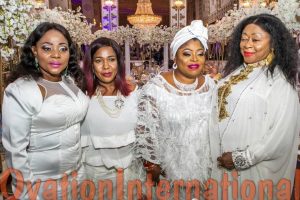