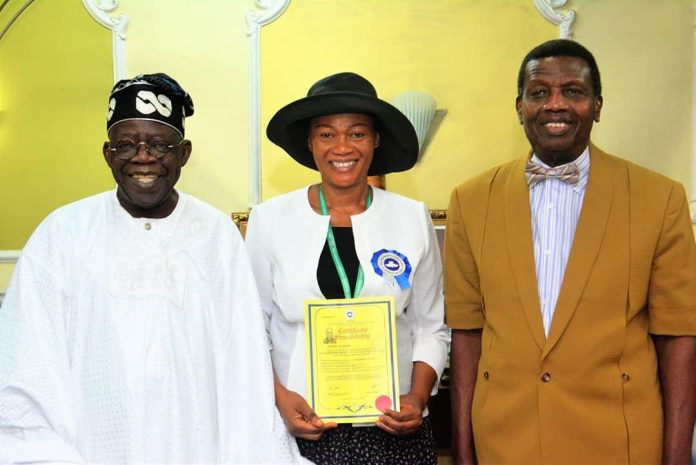 It is certainly not a news that, while the former governor of Lagos state who doubles as a national leader of the ruling party, APC, Asiwaju Bola Ahmed  Tinubu is known to be a strong practitioner of islamic faith, his beautiful wife, a member of the national assembly, representing Lagos central senatorial district, Senator Oluremi Tinubu is a prominent member of the Redeemed Christian Church of God, RCCG.

As it is, this former First Lady of Lagos state has moved from being an ordinary member or a mere big figure in the church to becoming an assistant  pastor. Senator Remi was among members of the congregation who were recently ordained to different levels of pastorship  by the church leadership at its Lagos/Ibadan express way camp. Her husband, Asiwaju was at the ceremony to witness the wife’s ordination.