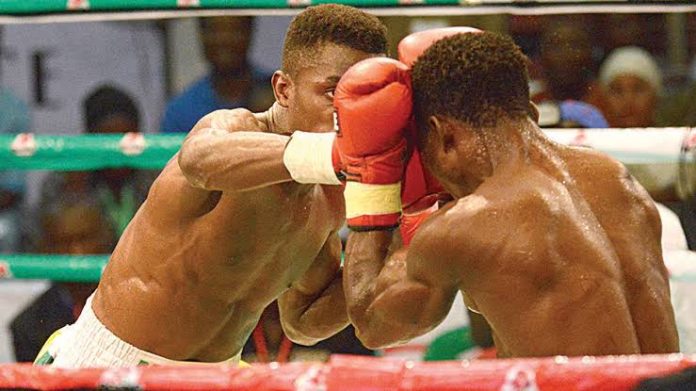 Boxers billed to fight at the maiden edition of GOtv Boxing Night Mini have been speaking of their preparations ahead of the event billed to hold on Saturday at the Rowe Park Sports Complex, Yaba, Lagos. Typically, the boxers’ comments have been marked by boasts about their abilities and how such would swing things in their way.

Oladosu, who is billed to take on  Adebakin in a national lightweight challenge, declared himself ready, willing and able to see off his opponent without fuss.

“ I am unstoppable. Tell Adebakin that he will see hell. I don’t even need to exert myself. I’m sufficiently prepared and he’d feel the full force of my preparation,” he said.

The lesser known Adebakin, however, responded that while he is an underdog, he will show Oladosu that underdogs can bite and dangerously, too. He bragged that he will inflict on the WABU champion his first defeat as a professional.

“Real One might be better known, but that will count for nothing when we step into the ring. He isn’t familiar with me, but did know him well, including his weaknesses. I’m ready to exploit this and put him where he belongs: on the canvas,” he bragged.

WABU welterweight champion, Rilwan “Baby Face” Babatunde, is also in war mood,  issuing a strong warning to his opponent, Dennis “The Range” Mba.   He said he has seen media reports quoting Mba as threatening him with defeat, something for which he would make him pay. “I’ve seen him boast in media reports, but he’ll be sorry at the end of the fight. He’d be treated like every other opponent who’s been foolish enough to face me,” he raved.

Waheed “Showmax” Shogbamu and Semiu “Jagaban” Olopade have similarly swapped boasts, with the former vowing to leave his opponent in tears and blood.

Also, Ogunsemilore, who is billed to take on take on Omowunmi “Mummy’s Pet” Akinsanya in a national super featherweight challenge, said she expects to win the bout and improve her fight record.

“I am well prepared for this fight and I am primed to ensure Akinsanya continues to remain a “Mummy’s Pet” in the ring. I really need the win in order to show that my nascent boxing career is really progressing,” she said.

Also on the bout card is a national cruiserweight challenge between Kabiru “KB Godson” Towolawi and Tunji “Germani” Olajide.