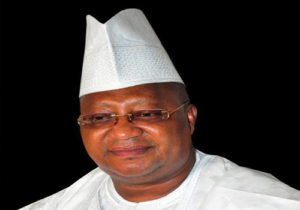 Noble and popular family of Adeleke in Ede, Osun State, has been thrown into mourning following the death of a prominent son of the family, Senator Isiaka Adeleke.

information making the round has it that the former governor of Osun state who was also a serving senator until his last breath was rushed to the hospital in early hours of today, after which he gave up the ghost. Self-styled deceased lawmaker was among politicians who were nursing ambition to take over governorship position from Governor Rauf Aregbesola when his tenure expires.