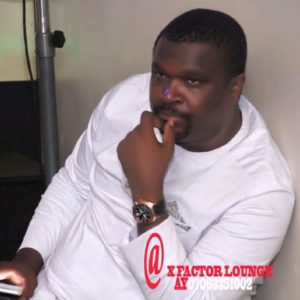 Upwardly mobile man about town who owns Surulere situated upscale relaxation spot, Xfactor Lounge, Charles Nwogbe, has in recent times, been basking in the euphoria of excitement thats that truly calls for celebration. Nwogbe excitement began when sound of joy took over his home over the safe delivery of a bouncing baby boy by his lovely wife. The good news had barely filtered in that he realized it was five years already since he floated his exquisite hangout, and to crown it all, the fifth anniversary had coincidentally been on his birthday, which left Charles engulfed by multiple celebrations.

Obviously, there were enough reasons for Charles to celebrate and as such, he declared open a bash that was headline with the fifth anniversary of his Lounge and it was fun galore for those who were privileged to be part of the event. As a man with influences all over, notable individuals and celebrities came out in large numbers to felicitate with the man of the moment who doubles as the owner of X-Arena Hotel, Lekki and Xhibits, Surulere, in an event that had Hennessy as a partner. Popular hip hop act, Skales, Ayodel of Groove Control Band were among entertainers added spice to the event.