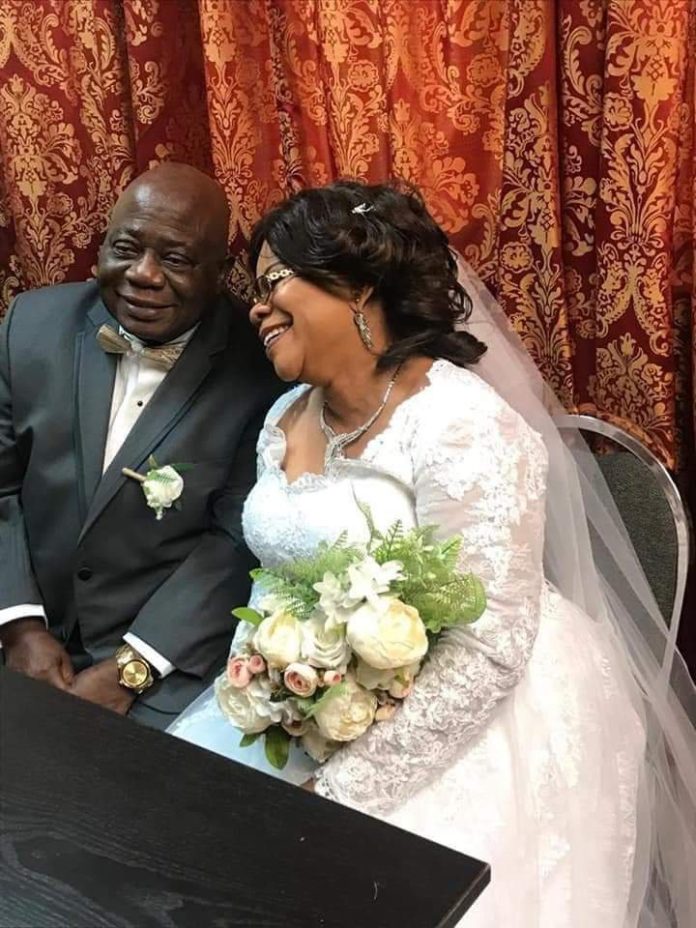 For former Deputy Governor of Osun State, Titi Laoye-Tomori and Prince Michael Ponle, their marital status changed when they married a few days ago.

Laoye-Tomori, who was deputy to former Governor of Osun State, Ogbeni Rauf-Aregbesola took another shot at marriage after her previous marriage to a professor that produced four kids.

Also, the new groom, Prince Michael Ponnle, lost his wife, Comfort Olufunke in 2012 . Comfort, lost the battle at Cardiff Hospital, London, United Kingdom after a brief illness. She was aged 68

Ironically, before her death, the couple celebrated their 45th wedding anniversary in 2011. Ponle, who is the owner of Miccom Golf Course Ada, Osun State, coined the name of the facility from his name, Michal and that of his wife, Comfort.

It was definitely a secret marriage devoid of all the airs that would have come with her position in the state. It was a scanty crowd. 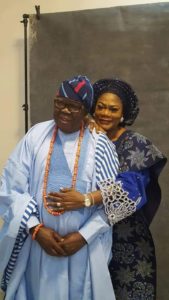 Not only that, her church, the MFM was definitely not represented. And even in her outlook she must have looked like a nonconformist to the MFM as she was bedecked with beads and jewelries that really befitted the occasion unlike her sparing and more austere look as Deputy Governor.