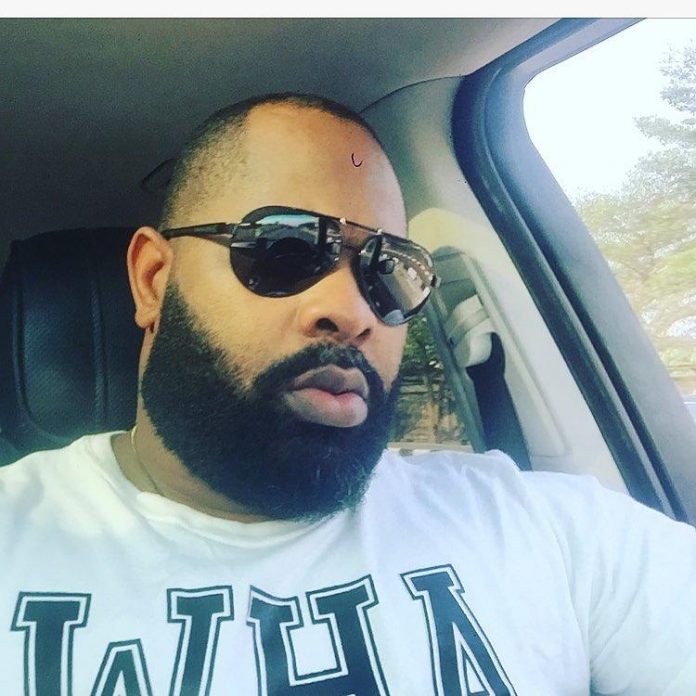 Humble, amiable and highly connected handsome big boy, Frank Okamigbo needs no introduction as far as the entertainment scene and night life business in Lagos metropolis is concerned, as he today ranks among experts in night club business as well as entertainment company founders.

Meanwhile, fresh information filtering in has it that Frank has opted out of the partnership deal the made him managed high profile night club, The Place Lekki, by PAPAS. Frank Papas, ;as Okamigbo is also called and founder of The Place, Kola Adewale, it is on record have had a very flourishing and enviable business relationship. At the moment, it is not clear what Frank is up to by quitting The Place Lekki, but those who know him very well have vowed the power dresser should have his gaze at greater exploits.

Frank Okamigbo, popularly known as Frank Papas, is the CEO of Papas Entertainment with interest in club management, artiste management, events promotion and properties, and other related services.

Holding a Masters in Philosophy degree from the University of Lagos, Frank Papas is a major stakeholder in the night-life industry and a veteran of over 15 years in the business side of the entertainment industry in Nigeria.

Unarguably the King of night life, he equally runs Papas Foundation, an NGO that caters for the needs of the destitute and other underprivileged people in the society.