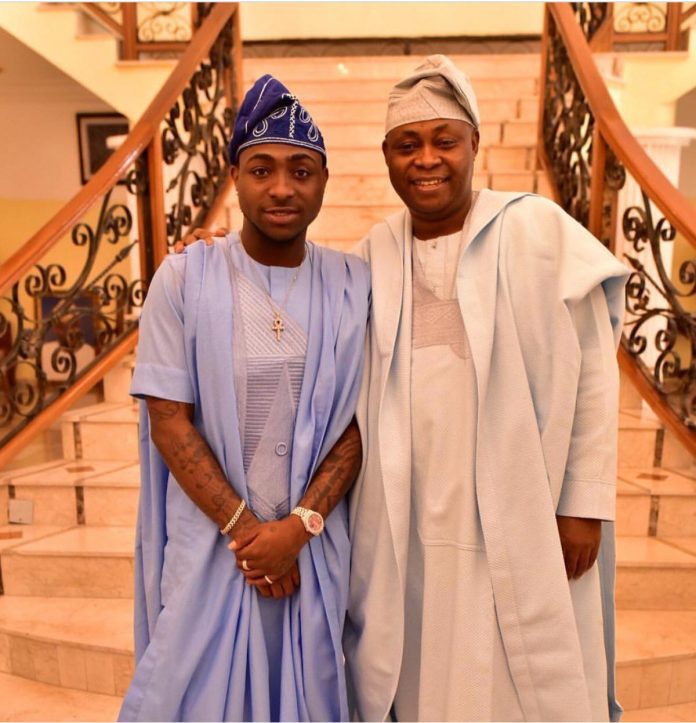 Ede, Osun State born founder of Adeleke University in Osun state who doubles as the chairman of flourishing business conglomerate, Pacific Holding, Dr. Deji Adeleke, going by his resumes, is a man who is made and has made fortune in a very long time. However, the easy going man had always preferred to relish his privacy even though he hold a pedigree among who is who in the land as well as the fact that he’s known by a handful outside the radar of the rich. He has since lost his cherished privacy since his son, David, better known as Davido hit the lime light as singer. As it is, the whole thing could be said to have come with a mixed feeling as the man today is proud to be the father of such a flourishing young man even though he had to lose his privacy as the price.

Dr. Adeleke added yet another year days ago and this was another avenue for him to reap fruit of his labour as proud father. His famous singer son had kicked off the day, taking to his social medial pages to celebrate his father and eulogized him for his sterling qualities as a father. Davido went ahead to pen down emotional words in honor of her mother who had passed on fifteen years ago on the same day. The day eventually climaxed later in the day when the father of two girls hosted a dinner in honor of his father. With his colleagues from the entertainment scene in attendance, the evening was nothing short of an exciting one.