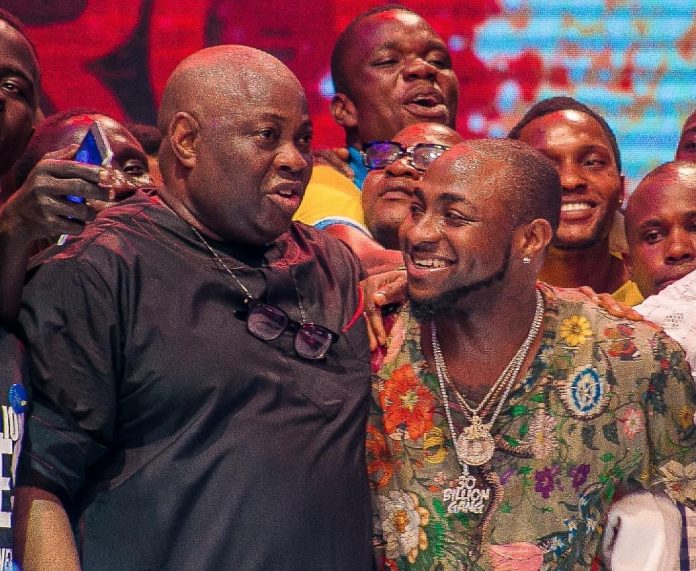 Flamboyant publisher of Ovation International Magazine, Bashorun Dele Momodu and OBO crooner, Davido, have  eventually reconciled their differences two years after  they engaged themselves in battle that attracted attention of members of the public.

Both parties were at loggerheads sometime in December 2015 following baby abduction drama between Davido and his baby mama, Sophia, niece of Dele Momodu.

Their fight escalated after the media mogul prevented the OBO crooner from taking his child out of the country away from her mother. Davido, it will be recalled went ahead to make fun of Dele Momodu in a track he was featured in by Humblesmith.

However, they settled their differences at the 10th edition of the Ovation Red Carol in Lagos on Sunday. Davido apologised to the media mogul after performing on stage.