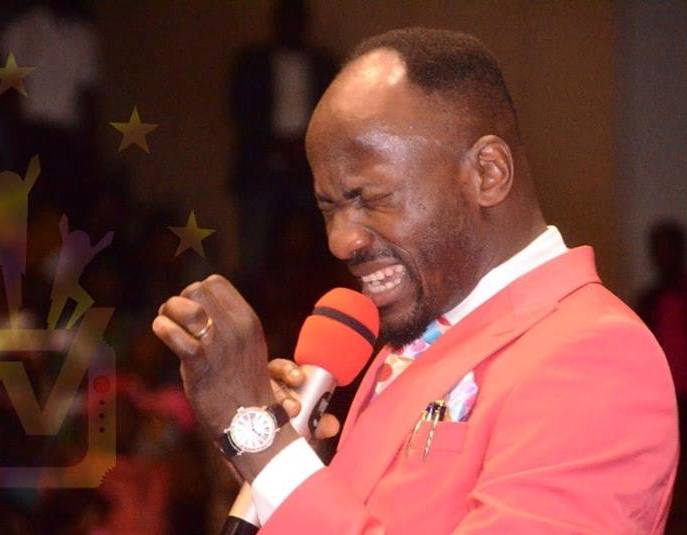 It was foretold; great grace and great wonders really did envelope Cotonou, the capital city of Benin Republic on Tuesday 6th and Wednesday 7th of November, 2018. It was the French colony’s turn for the servant of God, Apostle (Prof.) Johnson Suleman-led Omega Fire Ministries (OFM)’s ‘The Supernatural’ crusade that has continued to change lives for the positive across nations of the world.

The atmosphere was charged with hopes, according to testimonies from participants at the crusade, and everyone with faith went home happy and spirit-filled.

Following the moment Apostle Suleman had spoken words of faith to the gathering, report says, a greater number of the participants were met with divine favours, including those that were led to the crusade ground either on crutches, lame, deaf or in want of life restoration. It was gathered that even some among non-believers at the crusade who were on mere sightseeing got converted as a result of the fact that they saw living witnesses to miracles.

One of the settled wonder cases at the crusade was that of a young French man whose kidneys were badly affected, one already was shut down. As the man was led to the open ground with others, Apostle Suleman picked him out; “I’m seeing you standing and I’m seeing a woman apart from you,” the servant of God told him. Continuing, he said, “I’m seeing you and a woman but I’m not seeing both of you together. Your kidney has a problem, one of your kidney is bad, and the other kidney is being affected.” The bewildered French dude screamed “Yes, pastor, yes, sir, my kidney is down, the doctors said I would need to do transplanting.” “I’ll pray for you. I’m seeing that your wife is not with you. I’m going to pray for you and your challenge is going to be over,” replied the servant of God who then prayed and had the plagued young man’s case settled right on the spot. “Mercy is what you need. I have asked for His mercy on your behalf. You are healed, the ‘Restoration Apostle told all those that received blessings at the crusade, as the venue erupted in songs of praise thereafter. 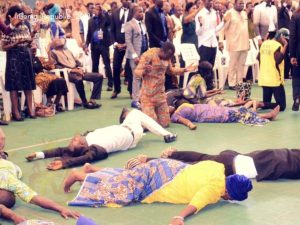 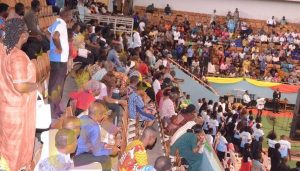 Apostle Suleman is, no doubt, one of the best speakers among Nigerian prophets, a quality that earns him respect from everyone corner. But because the world, particularly the deprived and depressed among the people would not respond to beautiful speeches alone, the ‘Oracle of God’, as Suleman is fondly addressed, also offers himself as the manifestation of God that promises hope and fulfillment.