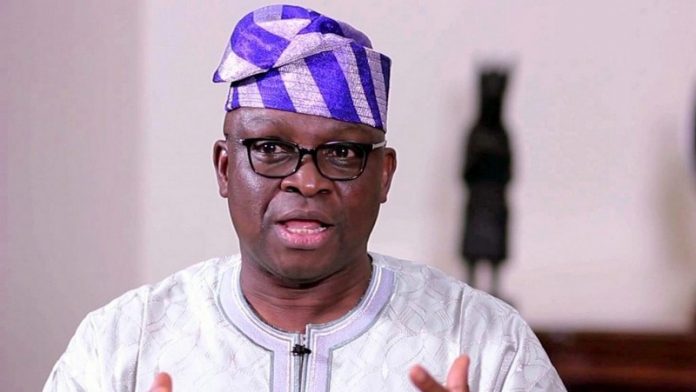 “This God is a God of another chance. He gave PDP another chance also, but unfortunately, they abused the chance to the extent that people became slaves under them. They rendered everybody hopeless under them.”

“God looked down from heaven and visited this state again, opening another door for Fayemi’s government.”

“Your party (APC) is in power now, let them know that I said it’s a government of another chance and God will try you again and see whether you will be faithful or not. It is left for you to prove yourself.”

“Tell me of one youth that the immediate past government empowered! Even though they called it a government of Okada riders, how many Okada did he buy for the youths?”

“I was watching the television recently and Ebonyi State governor was listing his achievements in agriculture. He gave the Federal Government credit for his success and my (former) governor was also a PDP governor.”

“In many states, Buhari had many achievements and successes to show but the only achievement here was the repair of Ado-Itawure Road. But our former governor would not give him room to work.”

“The whole four years under Fayose was wasted; we were retrogressing, going backward. Many states were given opportunities in agriculture, nothing was given to Ekiti and all we needed was for the governor to give them land and banks were ready to finance the projects.”

“With hunger ravaging the land, the former governor was collecting N1,000 from each pupil. What did he use the money to do? We did not see what they did with the money.”

“Our people are hungry and they are suffering financial difficulties. They have been thrown into poverty so that they will become slaves to the ‘rock,’ but God brought somebody who knows how to break the rock into pieces.”

– Bishop of the Diocese of Ekiti, the Church of Nigeria, Anglican Communion; the Rt. Rev. Christopher Omotunde