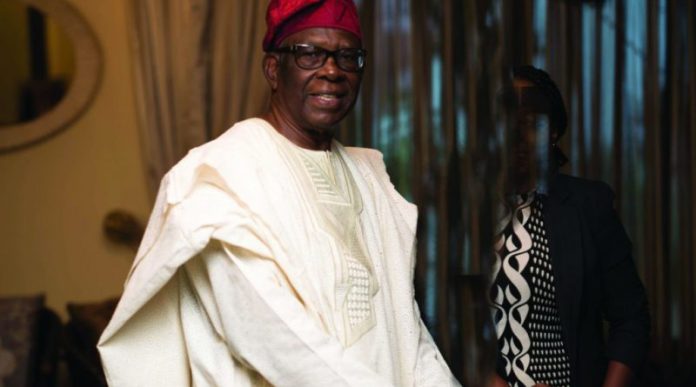 The name Michael Ade-Ojo needs little or no introduction as far as the business world where he’s been like a stamp is concerned. Articulate Ade-Ojo, who hails from Ilara, Ondo State, while he was working for other people had his own dreams and held firmly to them until it was ripe to pursue them and with the help of God as well as his dedication and commitment, he was able to breakthrough. Like one who has a blue print of ideas, he stuck to it and today, he ranks among the most successful business men around who knows the secret of staying relevance.

As it is established that there is season for everything, another season which will see Chief Ade-Ojo move to another phase of his life may have come as it is in the news mill that the Founder and Chairman of Elizade Motors, will anytime from now retire from running the day to day affairs of his company as one of his children, Kunle is said to have been anointed to take over. As a way of complementing his retirement, excitement is gradually brewing in the household of Ade-Ojo towards the 80 years birthday anniversary of its patriarch. The much anticipated birthday anniversary, it was learnt is being planned to be elaborate to celebrate the feat the man has attained and to show gratitude to God for his mercies over him. It was once served on this platform that Chief Michael is gradually preparing for retirement as he had since channeled his energy into the gospel.