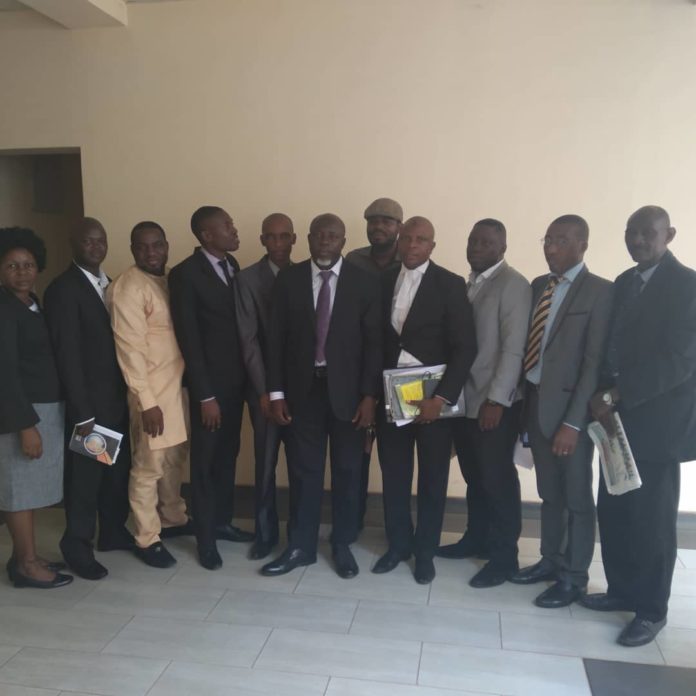 Lauds l,The Nigerian Bar Association (NBA), Epe Branch has lauded the Lagos State House of Assembly, stakeholders of the All Progressive Congress (APC), and more importantly the national leader of the party Asiwaju Bola Ahmed Tinubu for the peaceful resolution of the impeachment saga that has trailed Governor Akinwunmi Ambode for weeks.

In a Press Conference which held at the Epe High Court on Monday, February 4, the Chairman of the association, Prince Abimbola Sunday Abimbola acknowledged the maturity with which the imbroglio was resolved, describing the wisdom of the national leader at resolving the crisis as exemplary.

“This Press Conference is aimed at appreciating the Lagos State House of Assembly for its resolution of the crisis between it and the state governor, Akinwunmi Ambode.”

“While we acknowledge the fact that the plan to start impeachment process was public knowledge within the print and  and electronic media, NBA, Epe is grateful to all members of the House of Assembly, the Speaker, and in particular the national leader of the the APC Asiwaju Bola Ahmed Tinubu for the wisdom used in resolving the issue.”

“Though we believe that a permanent solution has been found to the issues leading to the threat of impeachment, NBA Epe would want to categorically state that while it appreciate the fact that this is not a temporary measure or a political settlement, it will not waste any time in seeking legal redress in a court of competent jurisdiction if the issue arises again,” Abimbola said while addressing a cross section of journalists after the Press Conference.

Calling the attention of the House of Assembly to a conflict in the state’s constitution, NBA Epe asked the house to painstakingly address the lacuna in section 122 of the Constitution of the Federal Republic of Nigeria, 1999 (as amended) and section 22 of the Finance (Control and Management) Law of Lagos State with respect to how the Governor can spend part of the Appropriation Bill before same is passed into Law by the House of Assembly.

Section 122 of the Constitution of the Federal Republic of Nigeria 1999 (as amended) states that:

“If the Appropriation Bill in respect of any financial year has not been passed into law by the beginning of the financial year, the Governor may authorise the withdrawal of moneys from the Consolidated Revenue Fund for the purpose of meeting expenditure necessary to carry on the services of the Government for a period not exceeding six months or until the coming into operation of the law, whichever is earlier” Abimbola emphasised that following the recent crisis in the House of Assembly; a better understanding of this law can’t be over emphasised.