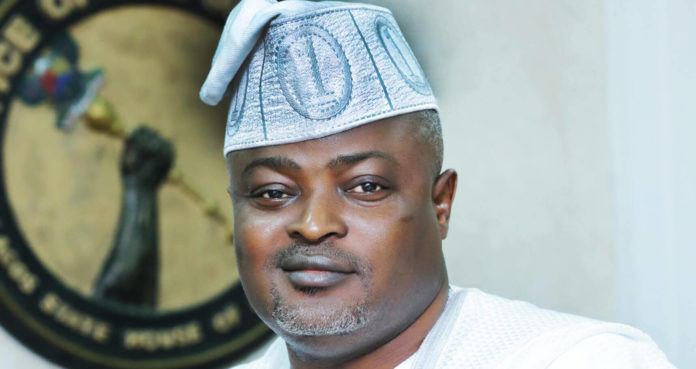 Eshinlokun-Sanni Greets Lagos Speaker Obasa At 50, Describes Him As A Quintessential Lawmaker

The Speaker of the Lagos State House of Assembly, Rt Hon Mudashiru Ajayi Obasa has been described as a quintessential Lawmaker whose commitment to uphold the sanctity of the legislative arm of government is second to none.

The Deputy Speaker of the Assembly and All Progressives Congress (APC) Candidate for Lagos Central Senatorial District, Rt Hon Wasiu Eshinlokun-Sanni who disclosed on Thursday, 10 November, 2022, also described Obasa as a man who is loyal and committed to the party and its ideals.

These were contained in Eshinlokun-Sanni’s message via a statement congratulating Rt Hon Obasa who celebrates his 50th birthday on Friday, 11 November, 2022.

According to the APC Lagos Central Flag-bearer, Obasa, over the years has proven to be a quintessential and complete Lawmaker who is committed to the sanctity of the legislative arm of government.

“Your commitment to the Independence of the Legislature and protection of the sanctity of the lawmaking arm of government cannot be over emphasised.

“Having began your legislative career as an elected councillor in Agege Local Government, you’ve risen to become one of the most experienced, if not the most experienced Lawmaker in Nigeria. This is made possible by the grace of God and your resilience, perseverance and doggedness over the years,” Rt Hon Eshinlokun-Sanni said.

He praised the celebrant for what he has been able to do improve state House of Assembly which had made the Assembly lived up to its attribute of “Above the Common Standard of Excellence”.

“On behalf of my family and constituents, I rejoice with you on this epoch-making event and I pray that Almighty Allah continues to strengthen you. Happy birthday, the speaking Speaker,” Rt Hon Eshinlokun-Sanni said.