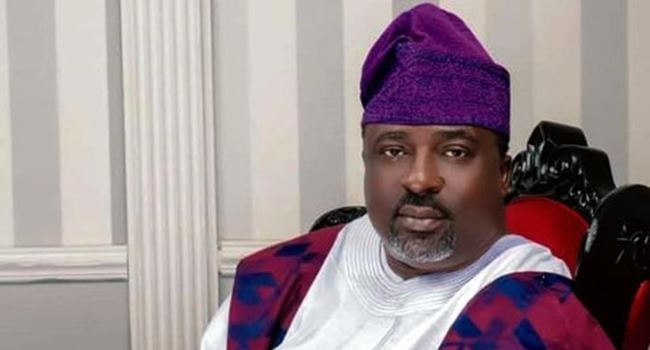 Former Vice Chairman of the All Progressives Congress, APC, South-South, Hilliard Etta has mocked President Muhammadu Buhari and other party members who attended the National Executive Committee, NEC, where he was purportedly expelled from the party.

The APC had on Tuesday expelled Etta for violating the National Executive Committee’s instruction.

Kaduna State Governor, Nasir El-Rufai, told State House correspondents at the end of the meeting that the party approved the expulsion of Etta for his failure to withdraw the court case instituted against the caretaker committee.

Etta had sued the APC caretaker’s committee after the dissolution of the Adams Oshiomhole-led NEC six months ago.

But reacting to his purported suspension on Tuesday, Etta said he was already in court, saying that the lawyers among them should have told them that they could not make that pronouncement since he was in Court.

According to him, their action was a nullity because it was not even the NEC of the party that met.

He said their so-called acting national secretary had no power to convene NEC.

“Without prejudice to my pending matter in court, I wish to state that you cannot build something on nothing, unless the court rules otherwise, even the NEC meeting of June 25, was illegal as such all decisions taken since them were built on illegalities,” he told The Punch.

PICTURES: GOV. SANWO-OLU AT A ROUNDTABLE WITH INVESTORS AT THE SIDELINES OF THE 77TH SESSION OF UNGA ORGANIZED BY BCIU IN NEW YORK