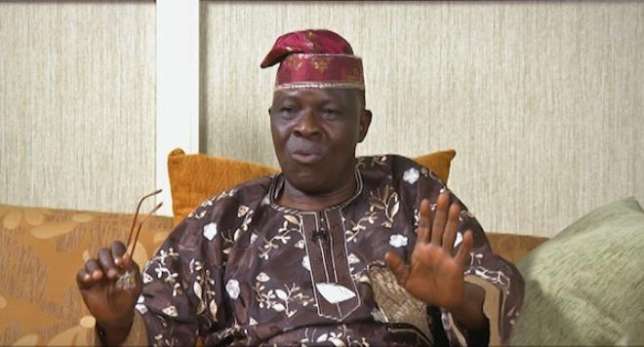 Veteran actor, Kareem Adepoju, aka Baba Wande, speaks on his career, his grouse with Tunde Kilani of Mainframe Production and other issues

Which schools did you attend?

What stirred your interest in acting?

When I was in elementary school, a certain man used to teach us drama and that was when I developed the love for acting.

Was your family in support of your acting career?

My family did not support me but they did not kick against it either.

Can you recall the first productions you took part in?

I can recall some of them such as Adam and Eve, Joseph and his brethren, and many others.

You started your career with the Duro Ladipo Theatre Group. What were some of the lessons you learnt while there?

Duro Ladipo used to stage historical plays and I was interested in that, so I joined them. In those days, you must be truly talented before you can become an actor. You had to be able to sing and act.

Which do you regard as your breakthrough movie?

I really cannot single out a movie and say it was my breakthrough; I like all the movies I have taken part in. Before the advent of home videos, we had been acting in stage plays in different places. Some of the notable stage plays we did in those days included Orogun Adedigba, Ekuro Olaoja, Oba Igbalode, and many others. When film came, I acted with Hubert Ogunde in productions such as Aiye and Aropin n t’enia. I acted withTaiwo Hassan (Ogogo) in movies such as Omo Orukan. Personally, I also wrote scripts for movies such as Ti oluwa ni ile, among others.

There was a controversy about who actually owns the movie, Ti oluwa ni ile. Can you clear the air on that?

What actually happened is that I wrote the story and Tunde Kelani established a production company. He was the one who produced and financed the film. We both agreed that we would split the proceeds of the movies; he would take 70 per cent while I would take 30 per cent. The movie was in three parts but when it was time to make the second part, he (Kelani) said he wouldn’t give me anything out of the proceeds of the movie again. Till today, I have not gotten anything else from the movie.

How come the issue hasn’t been resolved between both of you over the years?

It cannot be resolved unless we go to court and make a lot of noise publicly. However, I don’t want anything to disturb me. I am not ready to go to court with him but our children may decide to do that in future. Our children are more exposed and they may want to exert their rights over the movie later.

Most people know you as an actor not a writer. How often do you write scripts?

I am a very prolific writer and I actually wrote the scripts for all the movies I have produced. I am a playwright, actor, singer, composer, and many other things rolled into one.

How did you develop your talents?

As a stage actor, we used to go on tour to all the parts of the country, including Igboland and Hausaland. It was in the course of those travels that I began to develop myself in different areas. As a good stage actor, you must be able to act, sing and dance. Back then, I used to lead the group.

Do you have plans to release a music album someday?

I honestly don’t have such plans. If I want to record an album, it would be traditional Yoruba music that would teach people a lot of lessons. However, I prefer to use my music as soundtrack in movies. I record the soundtrack for most of my movies.

How often do you go on movie sets these days?

I have stopped producing movies for now because of the antics of marketers. Whenever they sell our movies, they don’t give us the money. For the last film I made, Agbabiaka, I had to give it to LTV 8 to sell for me. If I produce any movie now, I would upload it on the Internet and sell it there. I wouldn’t give it to any marketer again. However, whenever I am invited on set, I heed the call and I go there.

In what ways have you been able to harness the benefits of the Internet for the advancement of your career?

The Internet signifies progress. It’s better for an actor to have his or her own website. That way, all the actor’s films will be uploaded in one place. By doing that, the marketers wouldn’t be able to rip us off anymore.

How would you describe your style of acting?

I think it would be better for the viewers to decide that. They are the ones who see me whenever I am in action. However, I would attribute everything to God.

What qualities must an actor possess to be successful?

Firstly, he must be someone who is honest and has integrity. He should also be patient and truthful. He must be ready to learn before he can become a master in the game. Before I became an independent actor, I spent about 25 years under the tutelage of a master. It is your boss that would put you through so many things so that you don’t make mistakes. Above all, you must be prayerful and wait for God’s time.

What do you consider before accepting scripts?

I check if the story has lessons in it and would not corrupt people. I believe that at the end of our lives, God would ask everybody what they did with the talents He gave them. If one takes part in a film where they parade themselves naked or where there is a lot of violence, that person would answer to God.

Nudity and violence are a part of most movies these days. What are your thoughts on that?

They act based on the limit of their thoughts and understanding. The truth is that many people also buy those types of films, which shows that they like them.

Are any of your children following in your footsteps as a thespian?

None of them has taken it full-time but they do it by the side. They always take part in my productions.

Would you encourage them to take it actively?

I would encourage them but I would want them to conclude their education before venturing into the industry.

You have always advocated a film village to be situated in Osun State. Is there any move being made to make that a reality?

It is not a job for one person and that is why I suggested that the government should assist. However, we didn’t make much headway. It would cost the government a lot of money because they would have to put a lot of facilities in place such as hospitals, banks, police stations, and every other thing needed to make it an independent community. If we have a film village, the quality of our works would improve. We wouldn’t need to go begging for locations and louts wouldn’t be able to harass us.

What are some of the most notable moments of your career?

I am happy that I was able to do all that my peers did. When it was time for me to go on pilgrimage to Mecca, I went there. When I wanted to travel to other countries such as the United Kingdom, I was able to go. I have also been able to provide quality education for my children. I thank God for His mercies.

Can you recall some memorable experiences you have had with fans?

Wherever I go, I am always assisted whenever I need help – in hospitals, banks or big offices.

Have you ever experienced any disadvantage of stardom?

One of the disadvantages is that people think we are very rich because we are popular. The demand on us is a lot. Louts always disturb and extort money from us.

What do you love most about being an actor?

I am happy that as an actor, I have been able to do things with the talent God gave me. My films would always be a record of the things that I did, even when I am no more.

You have been an actor for over 50 years. What are some of the most important lessons you’ve learnt over the years?

As actors, we also learn from our movies. The same messages we pass to our audience is what we also gain from. However, I give God the glory for every success I have achieved in my career. I don’t think I have done anything special.

How have you handled your female admirers over the years?

They like us and we like them too. For those that respect us, we respect them too.

There are reports of sexual harassment in the industry nowadays. Were things like that common during your early days in the profession?

In those days, people were given jobs solely on merit. You had to learn under a master before you could become an actor.

Are there things you wish you could have done better in the past?

I really cannot point to anything that I would want to change. I don’t lie and I would never do that. I am content with whatever I have and I do not pass my boundaries.

Do you train young actors?

Yes, I do. They usually come for rehearsals and they gain a lot.

Are you ever going to retire as an actor?

An actor doesn’t retire! There would always be stories and roles suitable for any age. The older you get, the more experience you have. Once you are talented, it can never leave you.

Do you have any projects you are working on at the moment?

I have some good stories that I am ready to sell. I learnt that there are some people who buy such scripts online.

If you were not an actor, what would you have become?

I would have being a footballer. When I was in school, I used to be the captain of the team.

How do you relax?

I read the Koran.

I like to dress in a normal way There was a time I used to wear jeans a lot but now, I wear more of traditional attire.