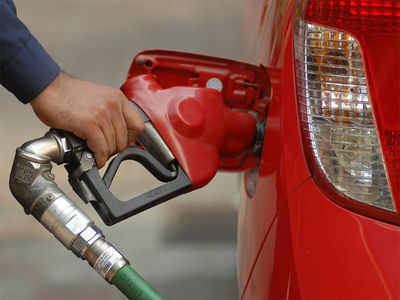 The Federal Government on Monday night announced the reduction of petrol price by N5 per litre. But the reduction will take effect from next week Monday.

Recall that the Nigeria Labour Congress, NLC, and the Trade Union Congress, TUC, had told the government negotiation team led by the Secretary to the Government of the Federation, SGF, Boss Mustapha, that until the fuel price was taken back to the initial price, there would be no meaningful discussion.

At the Monday night social dialogue between the Federal Government and the organised labour, at the Old Banquet Hall of the Presidential Villa in Abuja, the Minister of Labour and Employment, Senator Chris Ngige said that an agreement was reached for a slight-down of fuel price.

However, the reduction did not interfere with the deregulation of the petroleum sector.

Senator Ngige, who briefed journalists after the meeting, said the price slide down would lead to a cut of about N5 per litre of petrol. According to him, “This cut will take effect from next week Monday. This cut maintains the deregulation in the industry because it is not a cut on the price of petrol but a cut on the areas where the importers and the main importer, the NNPC have agreed that they can cut cost. Areas like demurrage, large freighting and other commercial areas of the pricing.

“We put in experts to do this for us and because we don’t want this hullabaloo all the time, we set up a committee that has members of labour and NNPC, PPRA, Petroleum Equalisation Fund (PEF), Ministry of Labour, Ministry of Finance, the unions, PENGASSEN, NUPENG, NLC, TUC to stand in, and this time, reappraising the market forces and every other thing that will make for stability in the industry.”