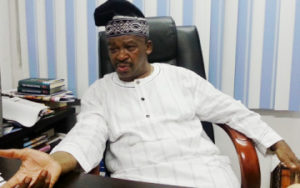 But for the timely intervention of Personnel of Emergency Department of Lagos state, former Chief of General Staff in the regime of late Head of State, General Sanni Abacha, Lt. General Donaldson Oladipupo Diya (Rtd) would have completely lost one of his properties to fire that gutted the property.

Information has it that GRA, Ikeja, Lagos mansion of the Ogun State born ex- military chief was gutted by fire in the dusk of Saturday, 17th June.  Although, certain things were said to have been lost  to the inferno, but the arrival of men of Lagos state Emergency services which was considered to be timely, it was learnt to have gone a long way in putting the situation under control, as well as prevented further loss. However, the cause of the inferno was yet to be known as at the time of putting the story together.