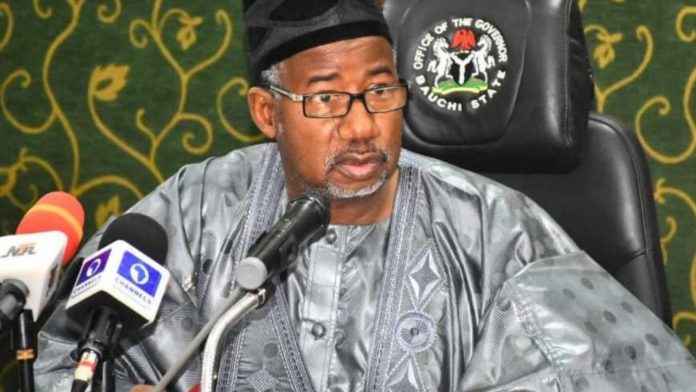 The presidential campaign of the Peoples Democratic Party (PDP) has hit more troubled waters as Bauchi State Governor, Bala Mohammed has alleged being sidelined from the campaign activities of its presidential candidate, Atiku Abubakar.
Mohammed in a letter he addressed to PDP National Chairman, Iyorchia Ayu, said Atiku threatened to ‘teach him a lesson’ for contesting against him (Atiku) in the party’s presidential primaries in May.
The Bauchi governor who is the vice chairman of the PDP Presidential Campaign Council, said he was not carried along in the campaign which held in Kaduna.
“I was deliberately sidelined from the reach-out campaign of the PCC in Kaduna, which interacted with major stakeholder groups and the northern political establishments such as the Arewa Consultative Forum, Northern Elders’ Forum, Sadauna Foundation, Arewa Research and Development Progress, etcetera,” Mohammed said.
He also alleged that he was targeted by some political gladiators purportedly endorsed “directly or indirectly by the presidential candidate of our party, Atiku Abubakar.”
“While Alhaji Atiku Abubakar and his political cohorts insist that I must be ‘punished’ for contesting against him during the presidential primaries of our party, the self-acclaimed ‘kingmakers’ around the Waziri Adamawa want a pound of flesh from me because I have refused to capitulate to their unbridled sense of entitlement which is pregnant with selfishness and dictatorial tendencies.
“The last group of the ‘Bala Must Go’ campaigners are those whose egos have been bruised by my continued political relevance, rising national profile and the groundswell of public acclamation that have trailed unprecedented developmental strides of the PDP-led administration in the state,” he stated.
Five other PDP governors, Nyesom Wike (Rivers), Okezie Ikpeazu (Abia), Ifeanyi Ugwuanyi (Enugu), Seyi Makinde (Oyo) and Samuel Ortom (Benue) have already withdrawn their support for Atiku over the refusal of Ayu to resign as the party’s national chairman.
They are insisting the presidential candidate and national chairman cannot come from the North.
Credit- WesternPost