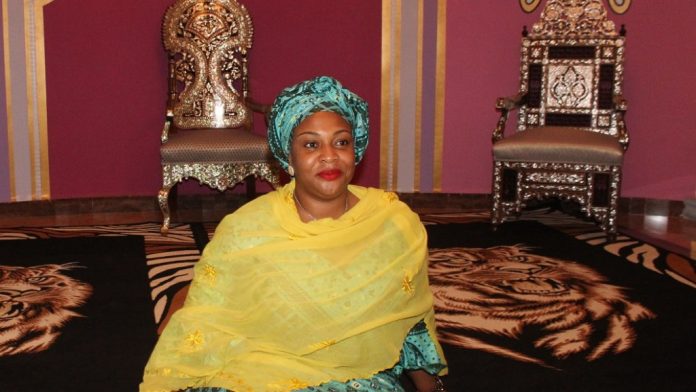 Daughter of late godfather of Kwara State politics, Chief Olusola Saraki, Senator Gbemi Saraki, just like her younger sibling who presently occupies number three position in the country as the Senate President, Senator Bukola Saraki, could be said to have grown to know their father as a politician even as the father’s influence grew stronger as time went by. This explains why these siblings took interest in the game of partisan politics. As it is known, Gbemi and Bukola have risen to enviable heights in the game even though Bukola appeared to have had a more robust political career which had seen him move from being a governor to becoming the Senate President.

In the case of Gbemi, the beautiful lady had once served in the senate after which she tried to become the governor of Kwara State with the backing of their later father. How it turned out that she could not achieve her aspiration is still fresh in the memories of many even though the incident has been committed to history.

For a while however, this ravishingly ageless beauty, Senator Gbemi has kept a low profile doing her work diligently as the Chairman, governing council of a Federal University in Bayelsa State. From the look of things, the former governorship candidate seems to have a plan of what she wants to do in the next general election. Gbemi has seized the opportunity of the situation on ground to reveal her ambition to return to the senate. Coming at a time when her brother defected from the ruling party where they both belong to, Gbemi’s appearance didn’t just appear as a bang, she could simply be tagged as the beautiful bride going by the acceptance she and her aspiration has received from her party and people of Kwara. Gbemi is preparing to contest for a senatorial seat representing the same district her brother occupies in the senate, Kwara Central.