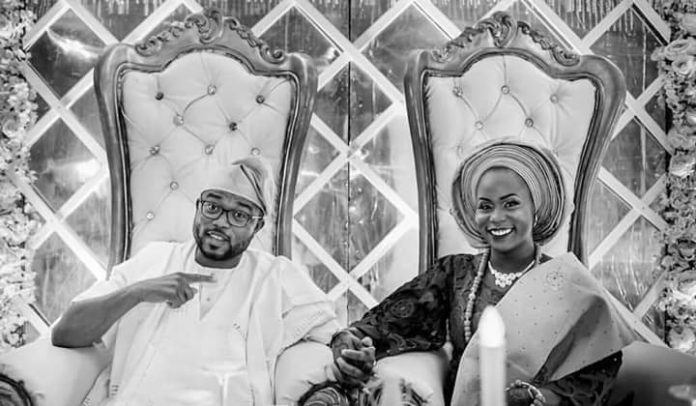 The man who calls the shot as the governor of the Living Spring State, Osun, Ogbeni Rauf Adesoji Aregbesola over the years has proven beyond reasonable doubts that he’s indeed prudent and modest that he only throws bashes when it’s unavoidable. It is one of such unavoidable events he had to stage recently when his son, Kabiru quit bachelor’s group to become one with his lover, Faridah Alli.

Be who the former Lagos commissioner is, Aregbesola had actually planned to host a very low key event but his goodwill and status would not let such plan work as the successful wedding ceremony ended a society and glamorous event. Vice president, Professor Yemi Osinbajo led the roll call of dignitaries who honored Aregbesola with their presence. Oyo state governor, Abiola Ajimobi, Speaker Lagos State House of Aseembly, Mudashiru Obasa, Senator Musiliu Obanikoro among many other were on hand at Habor Point, venue of the ceremony at Victoria Island, Lagos to felicitate with Aregbesola and Alli’s families whose children became man and wife.