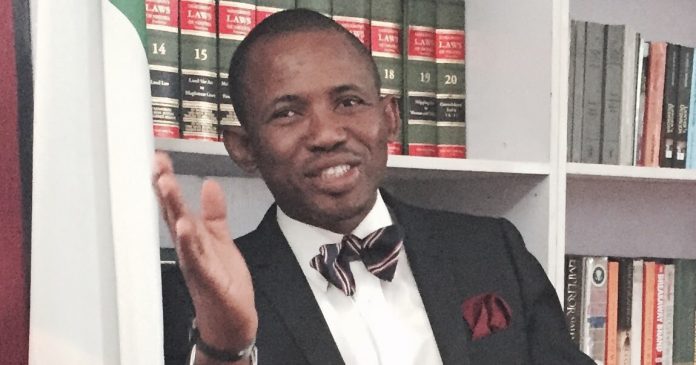 While the killing of Journalist Jamal Khashoggi saddens hearts,  the ways leaders of the world have reacted and audibly spoken against it warm hearts.

Khashoggi was killed in a fight in the Saudi consulate in Istanbul. It shows that these leaders place high premium on human lives; It shows they care about the cost and worth of any citizen on any soil. It reinforces confidence in many a man and infuses the despondent with a ray of hope.

One would wonder Khashoggi isn’t an American citizen, yet his death worried American President Trump. Tump was so concerned he said “What had happened was “unacceptable” but added that Saudi Arabia was a “great ally”.US President Donald Trump said the arrests were an important “first step”, and praised the kingdom for acting quickly. He said the official explanation was “credible”, despite many US lawmakers expressing disbelief over the Saudi account.

He stressed the importance of Saudi Arabia as a counterbalance to Iran in the Middle East, and pushed back against the need for sanctions against the country in light of the new information, talking about the effect of such a move on the US economy. Earlier this week President Trump had warned of “very severe” consequences if Saudi Arabic was proved to have killed the journalist.

Donald Trump was not a lone voice. US congressmen condemned the killing, including a Republican highly critical of the Saudis, Senator Lindsey Graham, said they were sceptical about the report on the journalist’s death.Democratic senator Dick Durbin has called for the Saudi ambassador to the US to be expelled over the Khashoggi case.

Speaking to NBC’s Meet the Press, minority whips said he did not accept the Saudi government’s story as credible and called on “civilised countries” across the globe to take action. “Here’s what we ought to do and we ought to do it tomorrow morning, we ought to formally expel the Saudi ambassador from the United States until there is the completion of a third party investigation into this kidnap, murder and god knows what followed. “Unless the Saudi kingdom understands that civilised countries around the world are going to reject this conduct and make sure that they pay a price for it, they will continue doing it.”

The UK Foreign Office described it as “a terrible act” and said the people behind the killing “must be held to account”. Turkey has vowed to reveal all of the details of the killing, according to a spokesman for the ruling Justice and Development party quoted by Anadolu news agency.

Australia, announced it is withdrawing from an investment summit in Saudi Arabia later this month – joining a growing boycott that includes the US, UK, Dutch and French finance ministers over the Khashoggi killing.

Dutch Prime Minister Mark Rutte has called for a “thorough investigation” to make sure “all relevant facts will be clear as soon as possible”.

The acknowledgement follows two weeks of denials that Saudi Arabia had any involvement in the disappearance of the prominent Saudi critic when he entered the consulate in Istanbul on 2 October to seek paperwork for his forthcoming marriage.

The Saudi kingdom had come under increased pressure to explain Mr Khashoggi’s disappearance after Turkish officials said he had been deliberately killed inside the consulate, and his body dismembered.

A joint statement by Britain, France and Germany has said “nothing can justify” the killing of journalist Jamal Khashoggi inside Saudi Arabia’s Istanbul consulate, as the nations demand “credible facts” over the death.The three countries said they condemned the alleged murder “in the strongest possible terms.” The statement adds there is an “urgent need for clarification on exactly what happened” when Khashoggi entered the consulate on 2 October, 2018. UK, France and Germany ‘urgently’ therefore demand clarification of ‘exactly what happened’ in Khashoggi killing.

The Scottish Government has scrapped plans to appoint an energy specialist to help boost exports to Saudi Arabia in the wake of the killing of Jamal Khashoggi.

Holyrood had announced proposals earlier this month to appoint five new in-market energy specialists in countries seen as having significant growth opportunities for energy supply chain exports from Scotland, including the Gulf Kingdom.

“It cannot be business as usual with a regime that displays blatant contempt and disregard for international law and human rights. “The consistent inaction of your Government is utterly incompatible with our most basic values as a democracy. “We regard it as unacceptable that the UK Government not only remains silent, but actively enables this Saudi regime.”

There is a sharp and sad irony, however, between the Khashoggi case and the numberless killings of innocent citizens in Nigeria, my home country.

In the former’s situation, a life is lost, yet cry against it was loud. In Nigeria, killings happen in torrents and thousands. With impurity too. Between January, 2018 and now,for instance, no fewer than a thousand persons have died in different parts of the country.

Even at this time when the world is mourning and condemning the killing in Saudi Arabia, Agents of the State seems to have license to kill without repercussions.

Officers and men of Nigerian Police Force open fires on unarmed and innocent citizens with history showing that the Police can go to any length to protect their own from sanctions for such killings, for instance, nothing substantial has been done in the prosecution of the officer that killed Ms. Linda Angela Igwetu, the NYSC member that was killed in July this year.

Last week, Anita Akapson, a UK returnee daughter of one time Nigeria’s Minister of Finance and Senator’s was killed while sitting in her car.

Scores of lives are being wasted in Kaduna State, Nigeria. Killers, on daily basis,invade the communities, opening fire on some young men and women. Insurgents and herdsmen takes human lives at will with impunity.

It’s therefore rather unfortunate that the same world leaders who reacted almost instantly and audibly have pretended this far not see or feel.

While it’s the business of a sovereign government to ensure security of lives and properties of its citizenry, while the needless and countless killings happening in Nigeria signal abysmal on the part of government and crass lack of capability on the President, it does not suffice for the world powers to feign indifference or to snub the most populous black nation of the world. Injustice and rights abuse anywhere in the world should worry leadership equally, irrespective of individual’s stomached economic or political sentiments.

As Nigeria’s testy season of killings last and her dark hour persists, I hope that world powers would find the strength, strength and voice to condemn the evil trend and reign in on Nigeria’s leadership to give primacy of place to human lives. And like Republican Sen. Lindsey O. Graham (S.C.) told Trump in the case of Saudi,  if President Buhari doesn’t end the wanton loss of human lives in Nigeria, he would loose Nigerians’respect and his place in the annals of Nigeria.

*Ajulo, a lawyer and founder of Egalitarian Mission Africa, writes from Abuja.