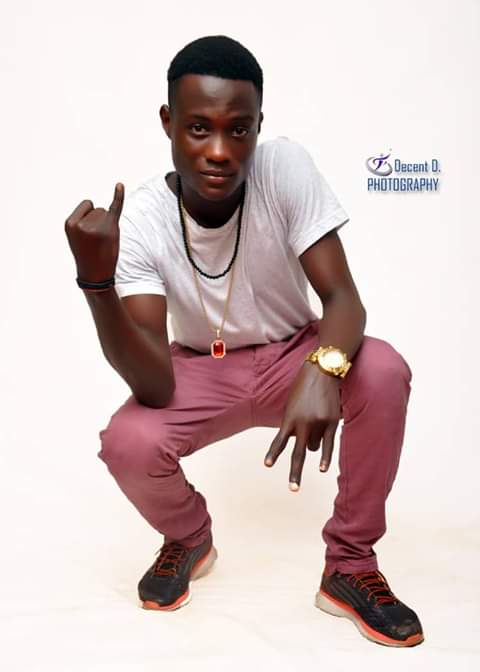 It is going to be another story in the Nigeria music industry this year with the emergence of this vibrant and talented singer who could simply be described as Dagrin incarnate. Tomess who is popularly known as Mr.Akanji Ibile (M.A.I) has vowed to shake the music scene to it’s foundation in 2019.

The 20 something year old act said he discovered his talent few years ago while he was in secondary school.

” I dropped my first single in year 2014, May 27 to be precise  It was a day I can never forget in my life. Stressful though because I was still very new in the business but was happy I gave my impressive best to the amazement of everyone who thought I could not as a beginner.

His style of music Tomess described as Yoruba flavoured  hip-hop, “I do every aspect of music but a real me will go on and on delivering my Yoruba flavoured rhythm non-stop because I’m in love with Dagrin style of rapping he inspired me alot, RIP to him” Tomess said.

How was he able to discover his talent at that tender age, Mr. Akanji explained, “What actually influenced me as a young boy is my love for music. Music moves me easily, I’m always happy anytime I listen to music most especially rap songs. I grew up listen to  Dagrin, Reminisce and Edris AbdulKareem and so on the inspiration grew beyond what I could control and today, sky to me is no longer the limit but the beginning.

His latest work  has12 tracks released and some yet to be released.

Speaking about his challenges Tomess told us “As an upcoming artiste I saw a lot especially when I just started because my Dad didn’t support me doing music. The threaten I got was enough to discourage me but perseverance is what has been helping me till today.

Most time in a bid to showcase my talent I was checkmated by DJs and MCs because they don’t know you and don’t want to have anything doing with you.

Booking a studio session is war for me all through and one needs to hustle for money. Also getting a good record label but one way or the other it’s been Grace of God.

While others get inspiration taking hard drugs Tomess revealed how he got his own Inspiration which he said is natural because listening to music only turns him on.

“My plans for 2019  is to drop good music, not just music but good sounds. Giving it to the world the way they want it and I pray God grants my wish