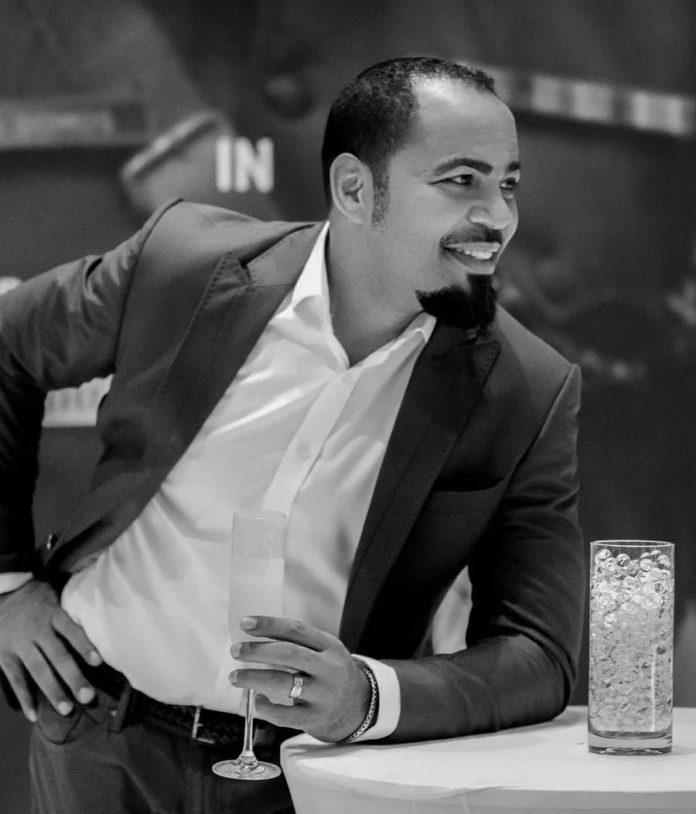 Tell us about your background

I was born in Costain, Lagos, where I began my early life before moving to Aguda, Surulere. I lived with my mother and half-brother. My father was never in the picture. I was very playful and I must admit, it’s rubbing off on my kids, and I’m not liking it very much. I was also very artistically inclined. I was fascinated by comic books and drawings, although I wasn’t exactly great at that. My elementary education was at Atara Primary School, Orile Iganmu, Lagos, and for my post-elementary education, I attended Community Grammar School, Surulere. I also got a Diploma in Mass Communication from the University of Lagos. Interestingly, my life has been a tale of grace to grass to grace. I was born with a silver spoon but shortly after, everything changed and our wealth went to zero. This made me understand the two sides of life; living a life of plenty and a life of not even having enough to eat. As rough as the experience might have seemed, it actually helped me gain a balance in my profession as an actor; being able to comfortably switch between the roles of the prince and the pauper.

Did you always want to be an actor?

No! Even though I knew I had a dominant creative side, I was sure I was going to become a pilot or an aeronautic engineer. I was obsessed with planes, machines and gadgets that flew and I knew I had to be involved somehow; whether by actually flying them, creating them or building them so other people could fly them.

When did you decide you wanted to become an actor?

I needed money to take my GCE external examination and I just couldn’t get it, no matter where I went. So, I remembered that my friend had told me repeatedly that I had a gift in acting but I had never taken it seriously. When I needed money desperately to pay for my exams, I decided to give it a try and source some money from it. In 1990, I had a cameo role and in 1991, I had a role in the series, Mega Fortunes, which aired in 1993 and lasted for just a year. After that came the advent of home videos and it’s been a roller-coaster ride since then. I really just went into acting because I needed the money and not because I thought I could act. Over time, I realised that I had a strong passion for acting and thought to myself that acting could really just have been my calling.

What was your mother’s reaction when you told her you wanted to be a full-time actor?

I was already involved in acting before I decided to tell her and when I told her, she had the same angry reaction as any parent of that time would have had if their kid told them they wanted to go into acting. She asked if something was wrong with my head. Eventually, the series I acted in came on air and when all her friends began to tell her that they’d seen me on TV, she was happy with the accolades and positive reactions from people.

How did your father’s absence affect you as a child?

Honestly, I didn’t feel his absence. I couldn’t even tell that my dad wasn’t in the picture. That’s something that my mother would probably have been more concerned about because it would have been easier if he were there to help her in raising me.

Tell us about your first pay cheque.

We had been filming Mega Fortunes and we didn’t get paid till about the eighth month when I finally got N1,100 (about N80 per episode). As soon as I got the money, I ran to Yaba market to buy a pair of secondhand chinos trousers, leather brass belt, black tee-shirt and moccasins. That’s all I could buy with the money. I couldn’t even afford to get transportation back home; I walked from the market to Aguda, Surulere, but I was very happy with my purchase as it changed my wardrobe.

What was your most embarrassing moment?

There was a cocktail event many years ago in the United States and I was talking to some dignitaries about business, work and other things when a lady came and whispered in my ear, “You’re so cute” while slipping her hand in my pocket. As she left, I reached for my pocket to see what she had slipped in and right in front of these dignitaries, I pulled out the panties that she had put in my pocket. I didn’t know what to do because I couldn’t put it back in my pocket. It didn’t belong there, and I couldn’t just hold it in my hands. It was an awkward situation but we all just laughed it off.

Years ago, there was a ban on some Nollywood actors. How did that affect you?

Prior to that, I had told my colleagues that we lacked structure in the industry and that we needed to come together to build a formidable force where people couldn’t just take decisions over us and what we had built. So, when the ban happened, I really wasn’t afraid that my career was over or that I wasn’t going to make money anymore, I was more upset and hurt. It honestly was an eye-opener for me and I started to think of an alternative market away from DVDs. The DVD marketers were the ones who came together to make the decision; like they had the autonomy and could do as they pleased. It’s enslavement to try and create stars at the mercy and dispensation of fans out there and still want to dominate and manipulate their creative lives. Thankfully, the cinemas came in and I got busy, working with everyone who wanted to take their films to the cinemas. Now, we have cinemas, Internet and so on and DVD is almost extinct.

Have you made your own personal projects?

I have produced a few movies. One was called Elephant in the Room with a lady from Sierra Leone, Zainab Sherrif. Another was for Africa Magic and a few short films; one for Rwanda. I do these short films to practise my directorial skills. I’ll like to become a director eventually to try and tell stories from my own point of view. Right now, I’m working on a project. I’ll be directing a sequel to Living in Bondage, with a business partner of mine, Charles Okpaleke of Play Network and Steve Gukas, the director of 93 Days, who’ll be coming in as an executive producer.

Has any female producer tried to sleep with you before giving you a role?

Not at all! Firstly, because most of the producers in the industry are men. Secondly, I was one of the pathfinders of Nollywood, hustling alongside producers to make the industry what it is. I wasn’t at the mercy of any producer.

What’s the biggest moment in your career?

That would have to be when the United Nations invited notable stars from around Africa to persuade the people of Liberia to have a peaceful election before Ellen Johnson became the president of the country. We, the celebrity guests, were at the centre of the main bowl and there were wires parting us from the crowd on the outside, and they were standing drenched in the rain, screaming for me and shouting my name. I was the Nollywood face that got called from Nigeria and it was very touching to see them react that way. Since I had no song or dance to perform for them, I just went around to touch them, hug the ones I could and speak to others from between the wire partition. It was beautiful and I felt them show me much love.

Not much is known of your family. Why do you shield them from the public eye?

It’s just to have sanity and longevity in my marriage. There are definitely people who wish them well, but there are also some others who make horrible remarks and say damaging things that could affect them emotionally. Once in a blue moon, it’s okay to put them out there, but constantly? No. That’s how I’ve been able to keep my marriage for almost 18 years now.

What’s the most ridiculous thing you’ve heard about yourself?

Years ago, a lady came in from Benin, claiming she was my wife. She came to my house, met my wife and mother-in-law while I was somewhere outside town, working. After about four days of her laying camp outside my house with her belongings, my wife had to call in the police. They had difficulty getting her to go till I eventually gave her some money and sent her on her way. It was hilarious.

Apart from acting, what else are you involved in?

I’m a humanitarian. I think it’s important to give back to society any way I can.

Tell us about the power bike accident you had in 2006.

I remember that very vividly. I rode my bike headlong into a BMW X5. I came out of it and thought I was fine. We did an x-ray and I kept insisting I was alright and discharged myself from the hospital, not realising I had a blood clot in my brain, though I had a gash in my head which had been stitched. When I got home, I had a severe headache and pain relievers didn’t seem to work. I couldn’t sleep the entire night and by morning, the pain hadn’t stopped. We then had to get an MRI. Getting to the hospital, I needed to be seen by a specialist but there was none in-house, so we had to wait till one was called. While waiting, they wanted to sedate me but I refused because I needed the specialist to understand the urgency. Finally, he arrived and checked me, and put me on admission for about seven days, getting about 12 injections daily. When I finally got discharged, to save people the stress of having to come and visit and all, I had to go to London to rest and be healed properly.

How do you relax when you’re not working?

I play squash, hang out with friends at lounges and go on adventures.

How would you describe your fashion sense?

I call it simple and sophisticated. You can look simple yet sophisticated, not looking tacky and all over the place.

Culled From The Punch