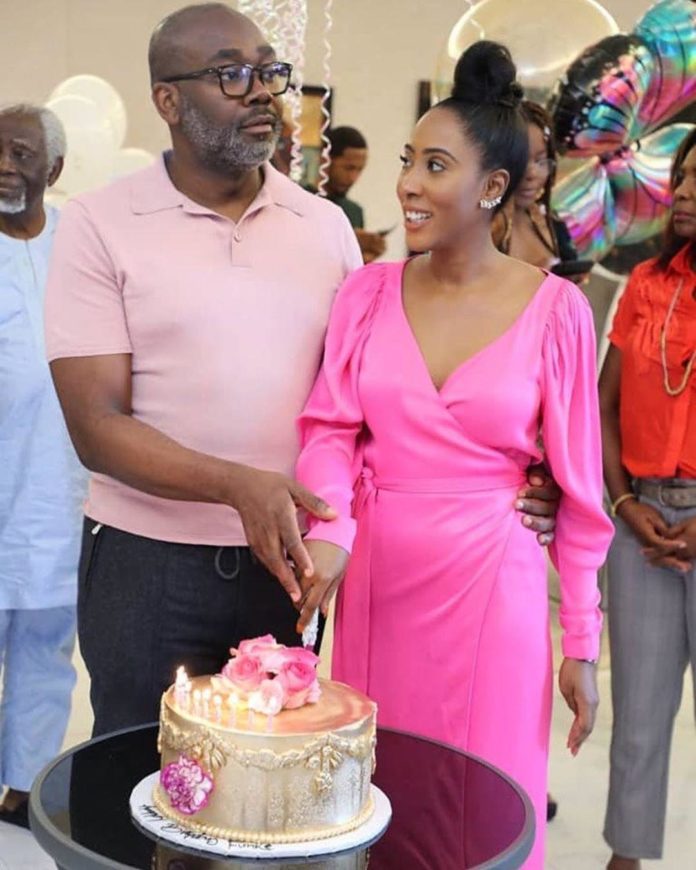 That Funke Fowler, the daughter of debonair Chairman of Federal Inland Revenue Service, FIRS, Tunde Fowler has remarried is no longer news. She and her hubby, Aigbovbiose AigImoukhuede, younger brother to Aigboje Aig-Imoukhuede, former Managing Director of Access Bank Plc., had a wedding last April that featured a galaxy of eminent personalities who converged at the Oriental Hotel, Lagos, venue of the white wedding which was strictly by invitation.

Since the two lovers, Funke and Aigbovbiose placed official seal on their relationship to become man and wife, the couple has been living in peace and harmony even as the affection they have for each other is capable of giving love a new definition.

It was Funke’s first birthday anniversary since she tied the nut with her heartthrob and the treatment she got will no doubt stand the test of time in her memory as she was treated to a great time on her day. All in the spirit of love, Aigbovbiose who is obviously in love with his wife organized a surprise birthday bash for Funke in their Lagos home.  The low-key soiree was well attended by close family and friends.

Funke, it is on record initially got married to Abiodun, son of the late business tycoon and Ogbeni Ojà of Lagos Bayo Kuku. Despite all the trappings and extravagance deployed for the destination wedding ceremony as well as the bright future the marriage promised, unfortunately, the wedding didn’t stand the test of time as it crashed in no time.