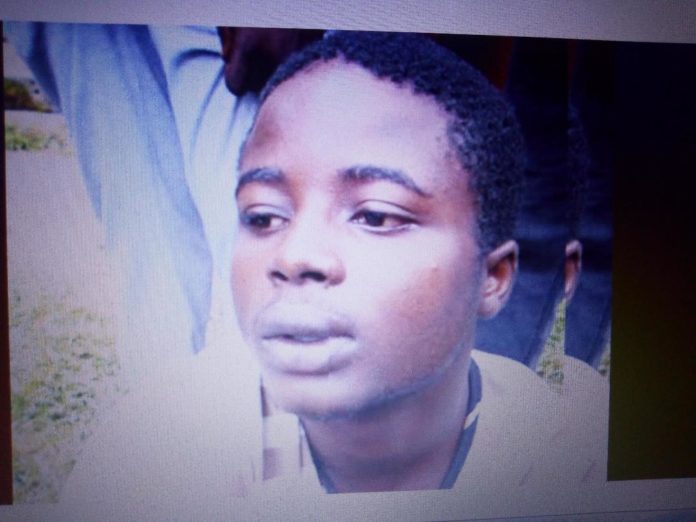 An 18-year-old man, Samuel Akpobome, who was arrested by the police in Edo State for allegedly killing his mother for money rituals, has explained how he committed the act.

Akpobome told news men on Wednesday that he strangled the victim, Christiana Ighoyivwi, while she was asleep in her residence on Market Road, Ologbo, Ikpoba-Okha Local Government Area of the state.

The teenager, who was paraded by the Commissioner of Police, Mr Johnson Kokumo, along with over 80 other suspects arrested for various offences, stated that he later had sexual intercourse with his mother’s corpse.

Akpobome, who hails from Delta State and is the youngest child of the deceased, claimed to have acted on the instructions on an unidentified native doctor.

He said, “I wanted to use her (Christiana) for money rituals. I strangled her; she was sleeping when I strangled her at about 5am. I was advised by a native doctor in Oghara to kill her. After killing her, I slept with her. The native doctor told me to do so and keep her corpse for two days.

“The native doctor told me to kill my mother and sleep with her corpse. But he did not tell me the number of days to sleep with her. My mother did not offend me. I killed her because of money.”

The suspect further confessed that he ran out of luck when his grandmother saw her daughter’s lifeless body and raised the alarm, which led to his arrest.

He added, “I could not find a place to keep it (corpse). As I was about coming out, I did not know that my grandmother was sitting outside.

“When I opened the door, my grandmother sighted the corpse inside the room and raised the alarm that drew the attention of neighbours.”