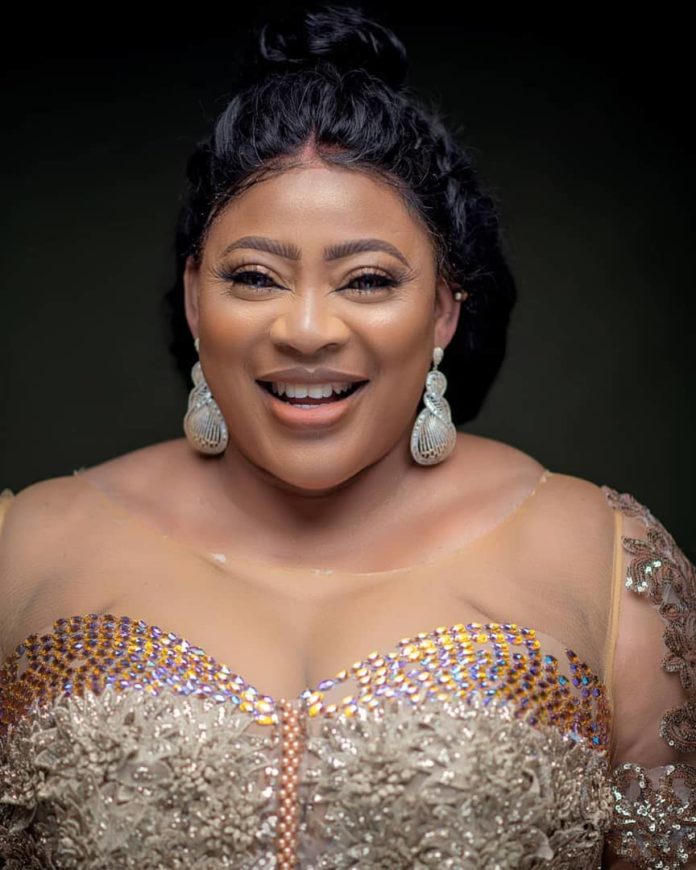 Actress and single mum of one, Ayo Adesanya, who shut down Ikeja part of Lagos with her glamorous and star studded 50th   birthday weeks back, has revealed that her first marriage wasn’t worth it.

“I was never married to Goriola Hassan. We lived together and had a child. He is 12 years old now. Reconciliation? I don’t want to talk on that. I have moved on and I guess he has moved on too.” She said.

Well, in a new interview, Ayo Adesanya revealed she is now ready to marry again.

“I’m willing to give another person one last chance. Now, I am 50. I want to let go. I want to give marriage another try. If I get the right person, I’ll get married again. Nobody is perfect but I need someone that can balance me up. He has to be God fearing, romantic and have some money. Romance is very important. I want an extremely romantic man. God is a good God. He knows what I want, and I believe that he would send him my way.” She said.