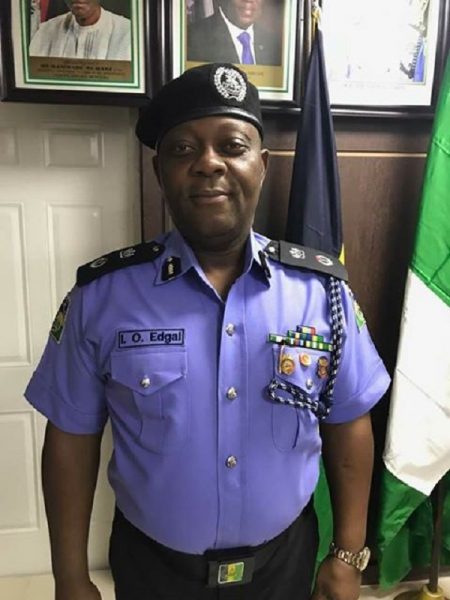 It is on record that becoming the Commissioner of Police, Lagos Command for Oluwole Edgal Imohimi was not fun; that is considering the nature of the controversies that trailed his appointment before normalcy was eventually restored. Of course, it is naturally a tough job for any Commissioner of Police posted to Lagos because of the complexity of the state and it was on this premise cynics had expected Edgal to fail, but like one who appeared ready for the task, the Lagos Police boss has been able to put out all doubts and prove his critics wrong as the man has had what many refer to as incredible run presiding over the security affairs of Lagos State among other duties outlined for the Police.

Oluwole Imohimi, a History graduate of University of Jos, it will be recalled became the Commissioner when security was again a bit shaky even as the Badoo menace was reigning, but with passion to succeed, hard work, dedication and of course unflinching support from Governor Akinwumi Ambode, Edgal has today made Lagos a safe place where people move freely without any form of fear at any time of the day even as the Badoo menace and other ugly developments have become a thing of the past. Aside ensuring a stable security, Edgal’s insistence on having a friendly and responsible police has equally paid off with greater percentage of his men conducting themselves in a way that gives the Force a commendable image. Also, the transparency and urgency with which he delivers are other attributes that have no doubt tagged him as a super cop as well as endeared him even to critics and cynics.