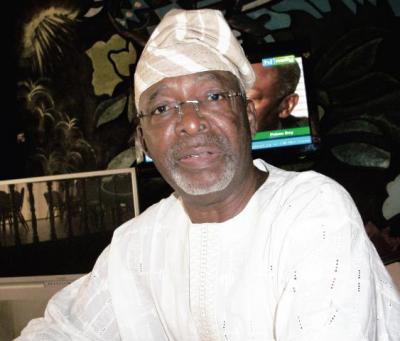 Today, I woke up to a rude shock of Dr, Federick Isiotan Fasehun’s demise. It’s some terrible news for me.

Dr Fredrick Fasehun hugely shaped my view on standing for what you believe and championing a cause of collective good, and many other things, has passed away.

If you could ignore everything about Pa Fasehun, his gentle smartness, doggedness and being grounded were some of his traits you could not help but to notice and admire.

On account that Pa Fasehun and I hail from the same state as well as that, among things he stood for, making the Yoruba nation stronger was major, that settles the fact that there were natural links.

However, I got a direct encounter with him in the course of my duty as a lawyer. I was privileged to handle some briefs for him many years ago, particularly when he was charged with offence of treason and detained by the Obasanjo led federal government alongside the some OPC chieftains which included Aare Ona Kakanfo Yoruba land) Gani Adams.

Of course, to his family, OPC organization, Yoruba race and Nigeria at large, the passing away of Pa Fasehun remains a major blow for obvious reason.

His passing away for me however, is a thing that I am very sure will remain in my mind for the rest of my life. Why?

The story of my agitation for civil rights, particularly my career will not be complete without at least a mention of his name and other YORUBA patriots.

To the glory of God, handling a brief that included him and the Aare Ona kakanfo well over a decade ago, I could say played a big role by significantly defining me.

The incident simply was one of the turning points in my career as a legal practitioner and I consider those moments very special to me.

Far beyond the good memory of the passing hero I hold, Pa Fasehun left behind legacies that will sure keep his memories indelible in mind of many.

Baba made outstanding contributions to the progress of the nation in many capacities, and no doubt left behind a worthy legacy through his careers as a renowned medical doctor and politician.

He would also be remembered for his fearless nature that made him fought tirelessly for survival of Yoruba people as a true pan Africanist.

Without a doubt, Baba carved his name on hearts, not tombstones.

Your legacy is etched into our minds and the stories we share about you. We will miss you greatly. Adieu Papa!