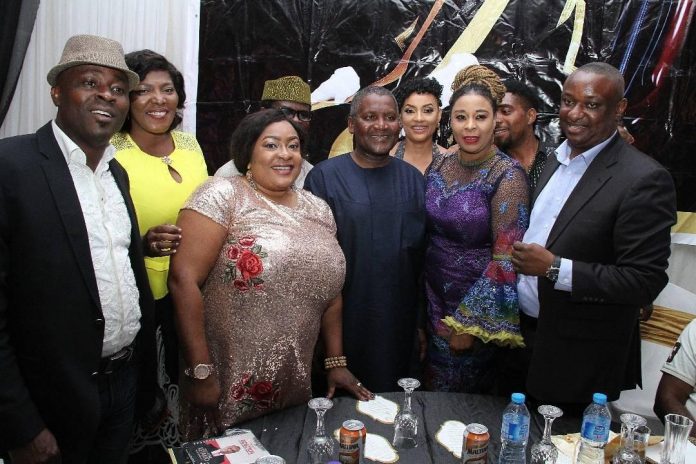 That Delta born city lawyer, Festus Keyamo is one of the most popular legal practitioners around will amount to stating the obvious as he’s been around for some time. Meanwhile, his outspoken nature and the fact that he’s handled high profile and controversial briefs has continually put him under the spotlight.

Despite his impressive profile, not a few will readily attest to the fact that attaining the status of a SAN for him was almost becoming impossible even as many were of the view he was ripe for the prestigious title. Without relenting, Keyamo continued with what he knows how to do best and this has eventually paid off. Festus was among about thirty lawyers who were recently decorated with the title of SAN recently. Such feat no doubt calls for celebration and this instance, the new Senior Advocate of Nigeria in town, Festus, played hosted to friends, associates and well-wishers he invited to celebrate with him on the attainment of his new prestigious status. The reception which held on Victoria Island on Sunday had people from different sectors in attendance.  Africa’s richest man, Aliko Dangote was however major attraction at the event. Foluke Daramola and hubby, Kayode  Ronnie Dikko were among other guests in attendance.