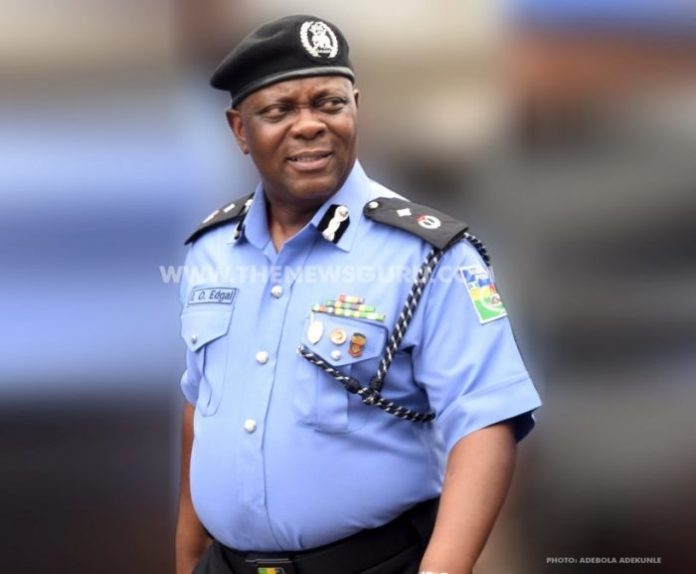 Report reaching us has it that the Lagos State police chief Edgal Imohinmi has been asked to “step aside” as Commissioner of Police. This is not unconnected to the APC primaries which have been shifted thrice.
Our source said this “quick intervention on the state of security in Lagos state” is imperative as series of complaints have reached the police high command linking CP Edgal to some bias and unprofessional acts in the discharge of his duties. The Nigerian Police Force we gathered has issued a confidential directive, asking Lagos State Commissioner of Police, CP Imohimi Edgal, to step down from his current office with immediate effect. The Area Commander is to take charge of affairs of the command, under the supervision of Assistant Inspector General of Police Zone 2.
The All Progressives Congress (APC) governorship primary election takes place on Tuesday. The leadership of the party in the state had expressed fears of having a successful and transparent primary with CP Edgal around as it has become an “open secret that he is a high school mate of the governor”, said a party leader.
Recall that The Guild, an online publication had reported on Sunday that Edgal’s “transfer was on the way and that the rationale behind the action would definitely be a result of no confidence expression by the party members, against the CP”.
Though Edgal’s new posting isn’t known as at press time, we can report that he’s expected to report first in Abuja for further instruction before resuming elsewhere.

Meanwhile, the following series of complaints which dogged some promotions by the Police Service Commission under Mr Mike Okiro, the new board is set to revisit the list with a view to correcting the anomalies. This has caused panic amongst beneficiaries which Mr Edgal is alleged to be one. Word around the police circle is that should the PSC go ahead with its cleansing, many of officers will be demoted.