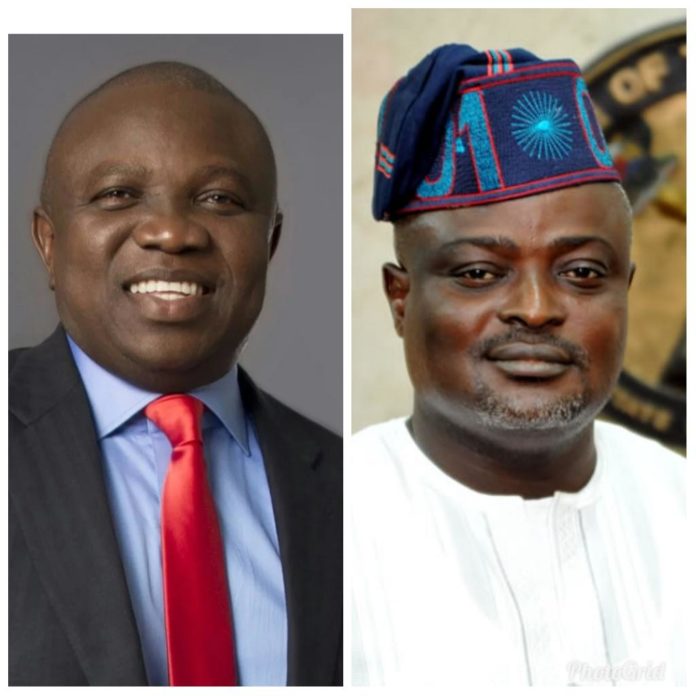 The Lagos Liberation Movement, LLM rose from a special organizational session of its members across the nooks and crannies of the State on Saturday in Ikorodu calling on the Speaker of the House of Assembly, Hon. Mudashiru Obasa, to immediately reopen the House of Assembly, which has been under locks and keys since 2018. The call became imperative as Lagosians continued to anticipate the presentation of the State’s 2019 Appropriation Bill, to the Assembly for Consideration, by the State’s Executive, led by Governor Akinwunmi Ambode.

The LLM is worried, that further delay in the presentation and passage of the 2019 Budget, may be counterproductive and lead to a shutdown of governance and economic activities in the State.

The Movement noted that Lagos, which is the fifth largest economy in Africa is at a palpable risk of slow down in its developmental strife if the Lagos House of Assembly does not quickly reconvene session to accept the submission of 2019 Budget proposal by Governor Akinwunmi Ambode. It was observed with concern that since the return of democratic rule in 1999, Lagos State Government kept the enviable record of being the first amongst equal to submit its budget proposal before the last quarter of an operational year and passage of same before the end of the first month of the new year. This has no doubt been responsible for the seamless economic growth of the State of excellence.

However, LLM is shocked to receive the news that even when the Commissioner for Budget and Planning in the State wrote the Assembly last year for a date when the Governor would address the lawmakers and submit the 2019 Budget, the Speaker responded that it would be impossible to reconvene the House at any determinable date because members of the House are currently busy with their various political campaigns for offices in this year’s general elections!

This is not only reprehensible but also highly condemnable and disrespectful to the indigenes and residents of Lagos state. This is much more so when viewed against the background that the over N1trillion budget is largelly targetted at meeting the demands of Lagosians and promise of Governor Ambode to complete all the infrastructural development projects like the Agege flyover, Oshodi Transport Interchange,  Lagos-Abeokuta BRT corridor among others,  initiated by his administration. It is trite to emphasize that the refusal to reopen the Assembly and expedite the passage of the budget would not only affect the infrastructural developmental strides but also equally provoke monumental needless hardships and sufferings on Lagosians.

The LLM noted that the Speaker, Hon. Obasa and many of the members of the House of Assembly are not acting in the best interest of Lagos State that has bettered their lots, but rather working in cohort with other elements outside government to rubbish if not retard the developmental growth of the State.

The session called on well meaning indigenes as well as Lagosians at home and diaspora to urgently intervene in this emerging, seemingly logjam of the State’s economy before it is too late.

LLM raised alarm that the House of Assembly is working out a script by the purported political Godfather of the State, Ashiwaju Bola Tinubu and his cabal.

Investigations of the Movement revealed that the cabal has set up a Special Committee that oversees the disbursement of the State resources. Most of the disbursed funds are being funneled towards prosecution of the campaigns of the APC annointed candidate for Gubernatorial elections, Babajide Sanwo-Olu. This is the reason why the Speaker and House of Assembly are dillly dallying with the passage of 2019 Budget proposal, possibly to be delayed till after the first quarter of the year.

Thus, it is manifestly clear that the Hon. Obasa led House of Assembly,  in conspiracy with these desperate politicians,  are implementing a grand, devious design to milk Lagos dry for the Gubernatorial elections without recourse or respect for the constitution or due process even passage of budget.

Should the Leadership of the State House of Assembly refuse to answer this subtle clarion call to reopen the assembly without further delay, we shall not hesitate to mobilise Lagosians for the necessary legitimate actions, to compel a reopening of the House of Assembly.

A word is enough for the wise!