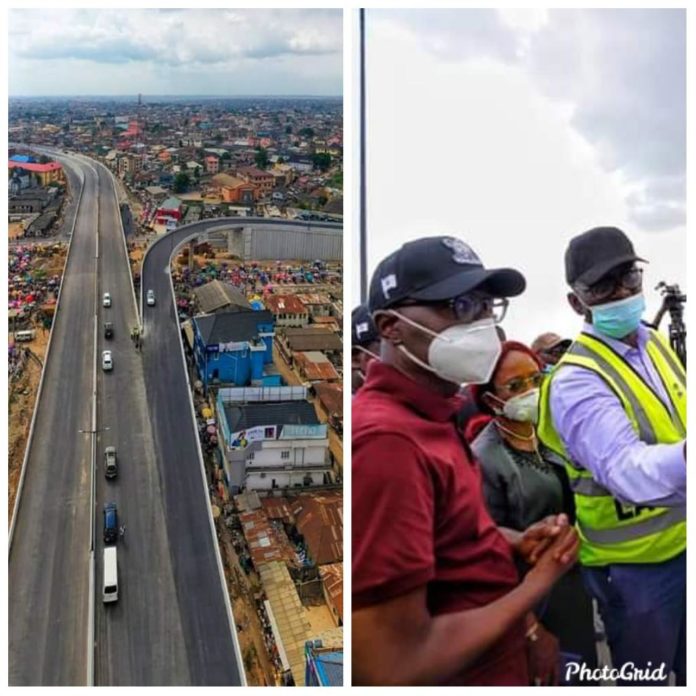 Barring any exigency, the long-awaited Agege Pen-Cinema Bridge in Lagos State will fully open to vehicular movement in about eight weeks, Governor Babajide Sanwo-Olu assured commuters in the axis. 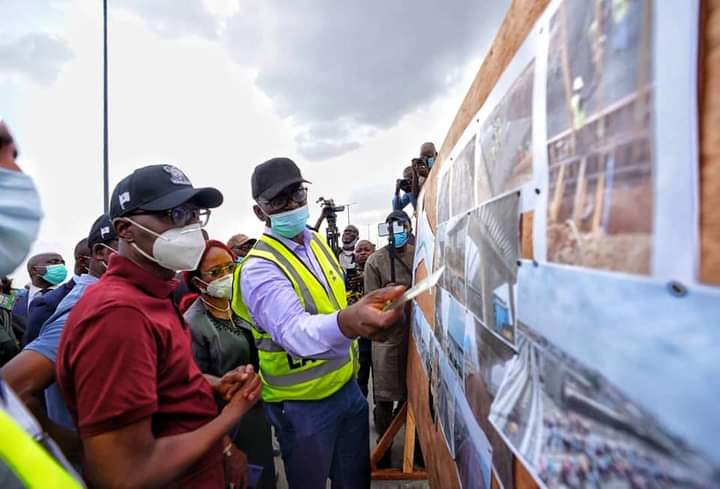 The project is said to be at 90 per cent completion; all civil works have already been completed on the bridge.

The overpass ascends from Oba Ogunji Road and drops at Oke Koto axis of Agege. The bridge also opens to the old Lagos-Abeokuta Expressway through Abule Egba.

When opened for use, it will bring an end to the discomfort currently being experienced by motorists plying Agege-Abule Egba. 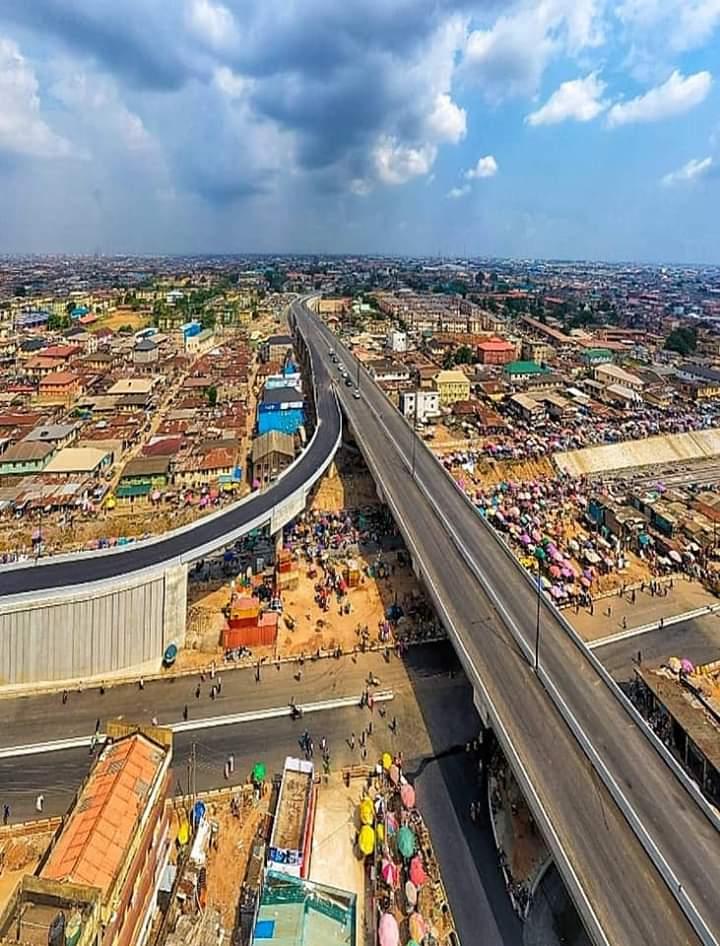 Sanwo-Olu, in company of his Deputy, Dr. Obafemi Hamzat, and members of the State’s cabinet, went on an unplanned inspection of the project site on Wednesday and assessed the level of work done so far.

The Governor was joined in a walk-through on the 1.7 kilometre-long bridge by a multitude of ecstatic residents, who expressed their appreciation on pace of work on the bridge.

Speaking to reporters during the tour of the project site, Sanwo-Olu expressed satisfaction on the quality of work done, disclosing that the bridge would be fully opened for public use next February.

He said the only work left on the bridge was turning intersection improvements at the descending part of the bridge and signalisation for ease of traffic movement.

The Governor said: “We have just finished an inspection and a walk through of the Agege Pen-Cinema Bridge. The level of completion of the project is around 90 per cent. All the major brick work has been done and we are left with two major deliverables, which include cleaning up the intersection and signalisation.

“There are four synchronised signalisation we are expecting to have and each must work together with the other. We are expecting that all these will be done early next year. This is in fulfillment of the promise we made that we will complete all projects abandoned. We are giving the contractor handling this project a maximum of eight weeks to attend to little snags in the project.

“By second week in January, vehicles can move on the bridge but we may need additional four weeks to complete the signalisation, road painting and demarcation. We are looking forward to fully hand over this project sometimes in February next year.”

Sanwo-Olu said the State Government had started to consider other complementary road construction to be done on the axis to further improve traffic for commuters in the area.

The Governor said the State was in talks with the Federal Road Maintainance Agency (FERMA) to take on adjoining arterial roads, with the objective to ease flow of traffic from the bridge down to other areas.

Addressing a crowd of residents at the site, Sanwo-Olu urged them to be patient while the contractor puts final touches on the project. He said his administration moved to complete the bridge given its strategic importance to easing gridlocks and improving economic activities in Agege and adjoining communities.

The Governor also charged the residents on the need to keep peace in the area, asking them to protect assets of the Government in their neighborhoods.