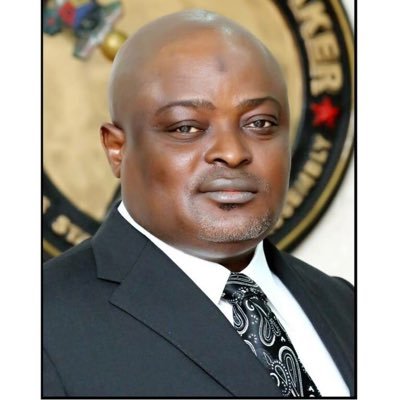 The Speaker of the Lagos State House of Assembly, Rt. Hon. Mudashiru Obasa has hailed the declaration of June 12 as the new Democracy Day for Nigeria by President Muhammadu Buhari.

Rt. Hon. Obasa, who gave the commendation through a statement signed by his Chief Press Secretary, Musbau Rasak, also praised Asiwaju Bola Ahmed Tinubu for his pioneering efforts at making the declaration a reality. Tinubu was the first Governor to declare June 12 as a public holiday for workers which was observed throughout his eight year tenure.

“This declaration has vindicated the belief and agitation of the Progressives that June 12 should be the authentic Democracy Day because it was the day that Nigeria had the freest, fairest and most peaceful election in the country.

“It was June 12 that gave birth to what we are enjoying today as democracy but for 16 years, the People Democratic Party (PDP) government at the centre failed to recognise this epoch making event. Thank God, the All Progressives Congress  (APC) has right the wrong and I want to congratulate the President, his Vice, the APC and Nigerians in general for this honour on the martyr of Nigerian democracy, Chief Moshood Kasimawo Olawale (MKO) Abiola,” the Lagos Assembly Speaker said.

“Asiwaju was the first Governor to declare June 12 as Democracy Day and throughout his tenure as governor, workers in Lagos State enjoyed the day as work free day. Asiwaju also named the former Marwa Gardens after the late Chief MKO Abiola to immortalise him.

“And don’t forget that it was Asiwaju that named the press centre at Alausa secretariat after the late Bagauda Kaltho, the News magazine correspondent killed by the Abacha junta during the struggle for democracy.

“Therefore our leader also deserves special commendation for his pioneering efforts at getting official recognition for June 12, Chief MKO Abiola and other icons of democratic struggle in the country,” Rt. Hon Obasa said.