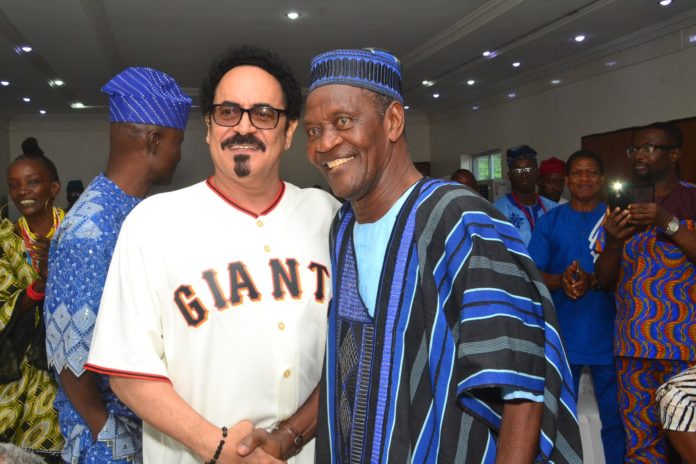 Our indigenous music is our cultural heritage. So, we have to showcase it to the world, while also projecting Nigeria’s tourism potential.

One will agree that our local music is fast losing its grasp on morality and societal values. This is why ARIYA EKO MUSICAL FESTIVAL is being put together to bring in some sanity and control in our music industry.

Recall that the one put in place last year and tagged FAAJI AGBA EKO was mainly done for the aged and elderly. It was a huge success because many artistes like Orlando Julius, Tee Mac, Jimi Solanke, Buga, Ara, Yinka Davies, etc., were in attendance, the highpoint of the event was the arrival of His Excellency, the executive governor of Lagos State, Governor Babajide Olusola Sanwo-Olu . This year unlike last year has been expanded to include all other genres and the entire general musical populace of both young and old.

ARIYA EKO MUSIC FESTIVAL most prolific features are to preserve, promote, and propagate our indigenous band culture and to give us a musical identity . Therefore, music that will flow from the past to the present, which includes: Folk Music, Highlife, Juju, Apala, Afrobeat, Agidigbo, Sakara, Hip-Hop, Waka, Fuji, etc., will be showcased.

The ARIYA EKO MUSIC FESTIVAL which is being put together by one of Nigeria’s most respected Indigenous music company that have been the brain behind organising of topnotch music events in Nigeria, Evergreen Musical Company. The event will hold in mid- December and to be staged here in Lagos. Lagos is the epi-centre of entertainment. And since Entertainment and Tourism is one of the main thrust of the Sanwo-Olu’s government to fulfill the “E” components in its THEMES Strategic Thrust. So, with this music concert, ARIYA EKO, we plan to take Tourism and Entertainment to the next level in Lagos State.

This event is a star studded event which is in partnership with the Lagos State Ministry of Tourism, Arts and Culture , it shall feature artistes like Sir Victor Uwaifo, Adewesco, Sir Shina Peters, Yinka Davies, Eko Brass Band, Abass Akande Obesere, Tee Mac, Omileyan, Segun Blessing, Ibitayo Jeje, Abideen Yusuf Olatunji, Wasiu Oseni Ejire, Young Tunde Nightingale, Halimat Ayinla Omowura, etc. the highpoint of this event will be the induction of one of Nigeria’s most prolific music icon , Chief Commander Ebenezer Obey Fabiyi(MFR) into the Evergreen Music Hall of Fame with a repertoire of about 660 songs, one of the largest in the world.

Finally , ARIYA EKO MUSIC FESTIVAL is a promising project that requires the support of all and sundry to achieve its aim and purpose. The general public, private sector, musicians, owners and promoters of Radio and Television Stations, etc., should support it as a service to our indigenous musical heritage and culture, and also to propagate our Tourism potential.